Over at the Stronghold Rebuilt Blog I came across a great play the game challenge wherein you select six sets of rules or a game that you want to get onto your gaming table in the coming year.  I am very eager to throw my hat in the ring for this as it has been a current topic of conversation for my gaming group.  "What do you want to accomplish for the coming year?" is the way it starts and then there is the laundry list of "we need to get this out more often not just once every two or three years."

So in the spirit of prediction and best intentions I give you my six by six game challenge list. After each title I will count them like this: 1, 2, 3, 4, 5, 6, Hot linking them to the games they count. 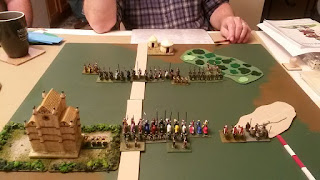 2. Blue Max: Already declared 2017 the year of the biplane in modeling and gaming. COUNT: 1 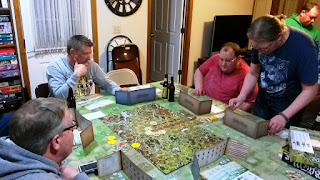 3. The Great War: got this for myself for Christmas with all the expansions even down to the Whippets.  Count: 1,  2. 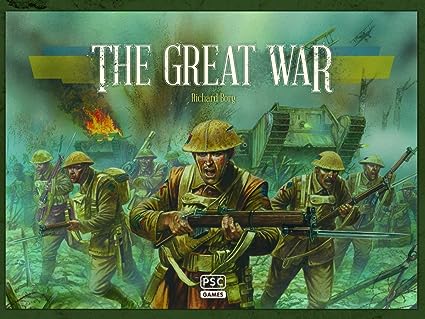 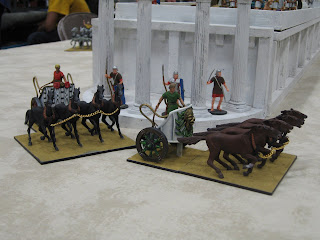 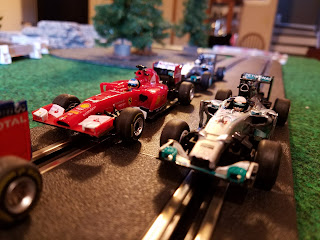 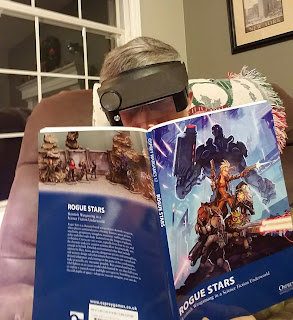 So that's what I said on this last day of 2016.
In the new year I am ready to make wargaming Great Again!
Thanks for looking in and keeping up with my progress in the new year.

On the first day of my Christmas vacation I,  ... 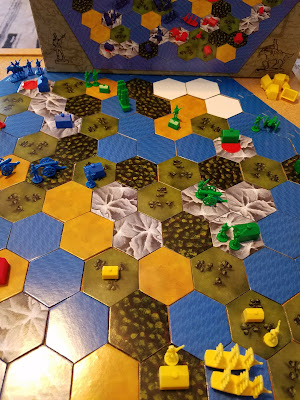 ...got out my Viktory II boardgame and set up a four player map.  I randomly drew capitals out of my cap to set up the start points on the map.  I poured a nice Makers Mark and enjoyed about 6 turns of the game playing solo and watching the Fox news special on Patriots about the battle of Trenton and the American Recolution. 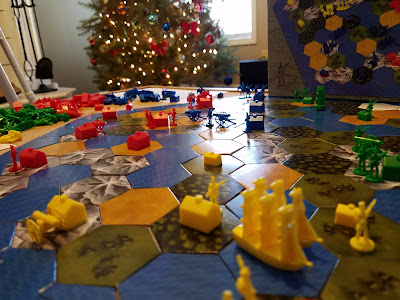 Today I just finished two turns and am going over all the rules to make sure I know how to play the game correctly.  I absolutely love the miniatures in this game and really like the way the board is revealed in the initial play. 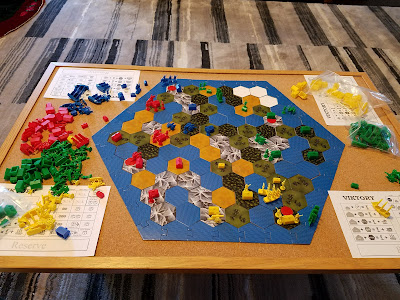 That is not snow up in the NE.  Those are still unexplored terrain areas on the map. I like Green's position with the inland sea. 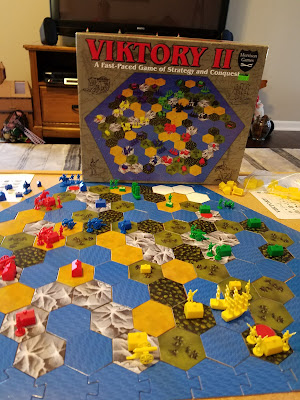 I think this game is out of print.  If you can find a copy and like combined arms 18th century flavor I would recommend the title. 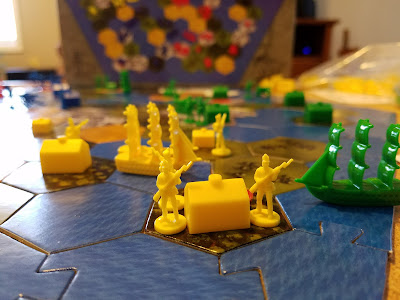 The Yellow guard units at the capital. 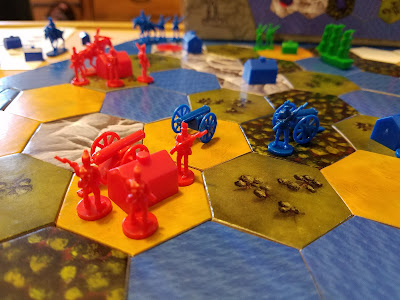 The frontier between Redland and Bluvonia. 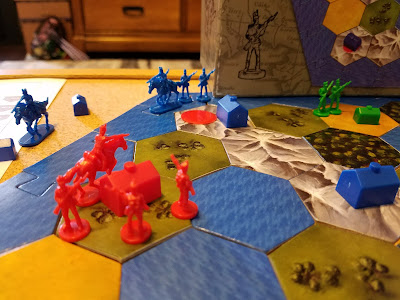 During the Middle Ages, there were two feudal kingdoms which bordered one upon the other.  One kingdom was ruled by King Ethelred the Great; the other by King Aelfric the Barbaric.  Raids between the two kingdoms were frequent and often savage.  The bloodiest part of each kingdom was the border area which was  claimed by both kings.  Both had tried unsuccessfully to gain possession of this disputed territory as had their ancestors before them.  Many schemes had been tried and had failed.
One day Aelfric decided that the only way to end the dispute....

Christmas in the Lion's Den

Thursday night was the Secondhand Lion's Christmas party and gift exchange.  We gathered at Ken's for a pizza and beer dinner and the wargame for the evening was going to be the venerable old title:  Feudal by 3M games. 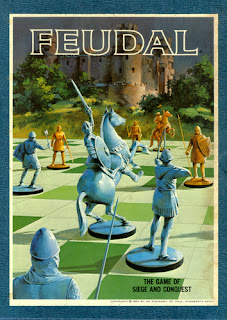 We discussed the rules and went over the game set up and then we put all of the kings from the various forces into a box lid and drew our part in this "old saw."

Fighting for the Blue force: 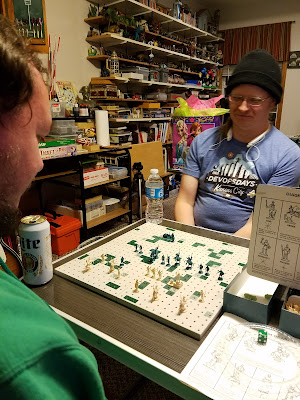 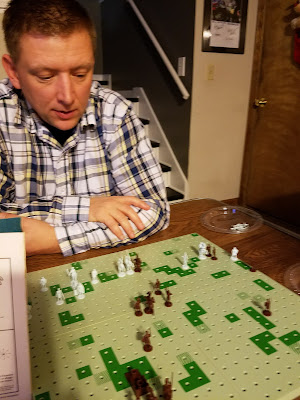 Ted C. played the part of his brother Ethelbert the duke of light blue. 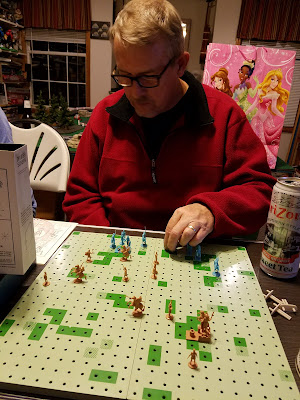 And Jon Mark played the part of the young prince, Edgar.  Heir apparent to the blue throne.

Across the field of battle the rustic brown heraldry can be glimpsed in the unadorned and unassuming banner of the Brown King Aelfric.  Called a barbarian by the prissy blue aristocrats our own good king and provider was played by 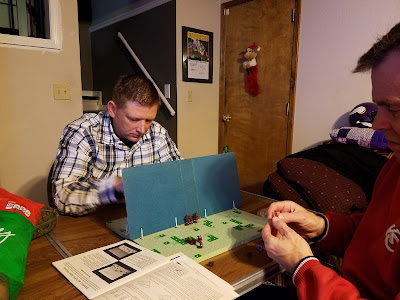 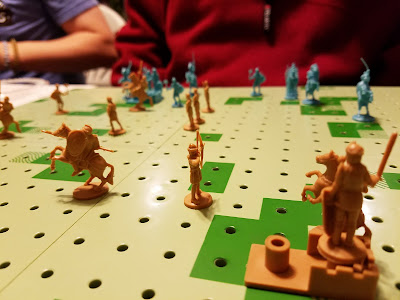 And secure in his castle proper we see my part in this Feudal drama.  I played as the Son of Aelfric, prince Alfred, sporting the medium brown heraldry.  I survey the battle field from my castle as I attack the shire of prince Edgar my counterpart rival from the blues. 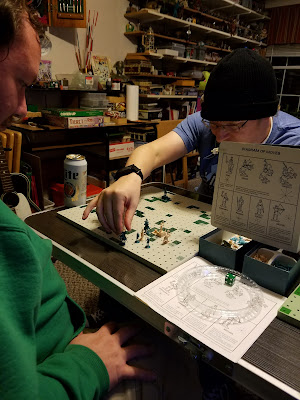 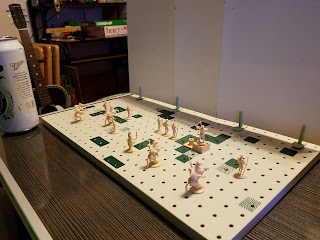 Each noble royalty went into battle against a randomly drawn opponent and fought one battle under one on one Feudal board game rules. The match ups were: King Ethelred vs. Duke Athelstan and in this combat the Duke of the Brown turned the aggressor into the besieged and won the day. 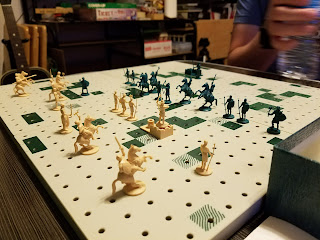 The Blue King would be trapped in his castle. 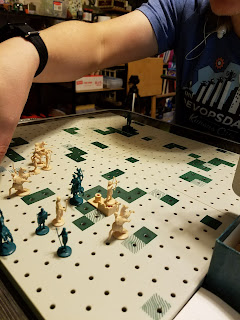 It looked bad for the young Duke at first but Tommy would turn this press into a win.

Prince Alfred the Brown would overcome his rival in the Blue household and beat Edgar into a besieged capture.

Word from the battlefield of King Aelfric was that he is prisoner of the Duke Ethelbert and lost his battle.

The evening gift exchange went mildly with no contesting prizes in the white elephant and then everyone getting a good chuckle over the assorted gift bags and boxes.

We ended the night with a 2 minute per lane Carrera GO! road rally with discussion leading to much more slot car in the future.