The Museum of Antiquities

Welcome Gothamites,
This is a preview of the next chapter of the Gotham by GASLIGHT game to be played in the Lion's Den.

In the last chapter you recall the incident at the Museum of antiquities in which Julie (Batman's fiancee) and her father Dr. Madison were kidnapped by two separate gangs.  The museum was bombed with a dynamite explosion that leveled the attendees at the opening reception for The Treasures of Cathala. 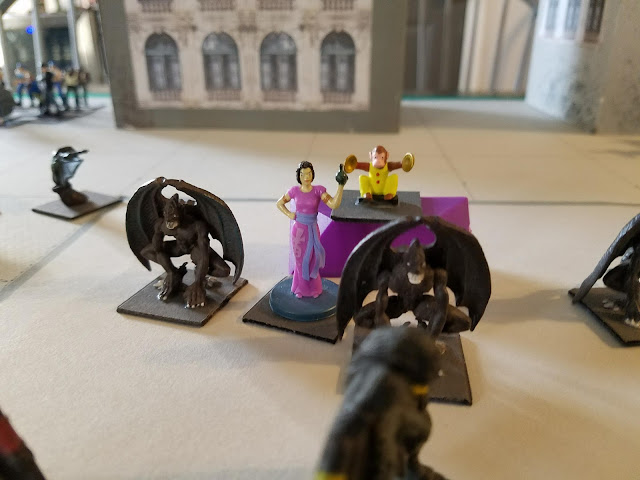 The interior of the museum has become a den of evil and seethes with the corpse smell of death.  Evil creatures of nameless form and description - most with bat like wings of leathery foulness slither and flit through the wreckage of the once proud display area.  Dala, the partner in death with the foul vampire Cathala  controls the key to the sarcophagus!  Will she be able to assemble the key and unlock Cathala!

The explorer and archaeologist Dr. Madison, gathered the pieces of the key and unwittingly brought them into proximity of the sarcophagus and cast into motion the awakening that would bring into the realm of the living the undead soul of the ancient vampire Cathala. 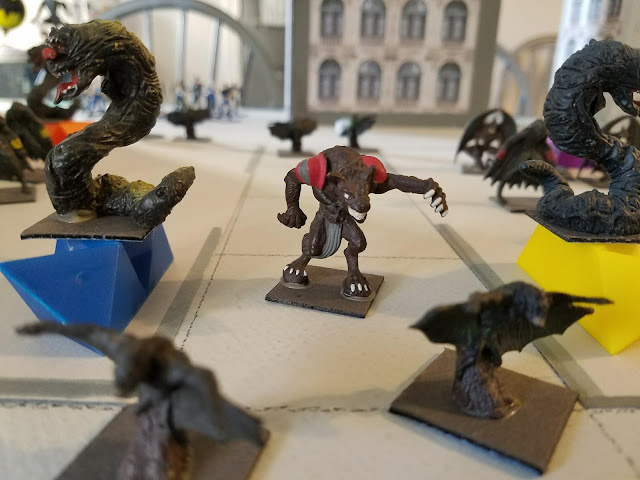 Cathala, from the land of the Mysterious Mountains beyond the River Dess ruled an unholy collection of subjects that only can be described in modern terms as monsters.  He is defended by the massive and powerful werewolf as seen above.  He has scores of Imps that flit and bite to annoy and infect the living.  He has blood servants that are a bit stronger and will cause certain death if encountered. 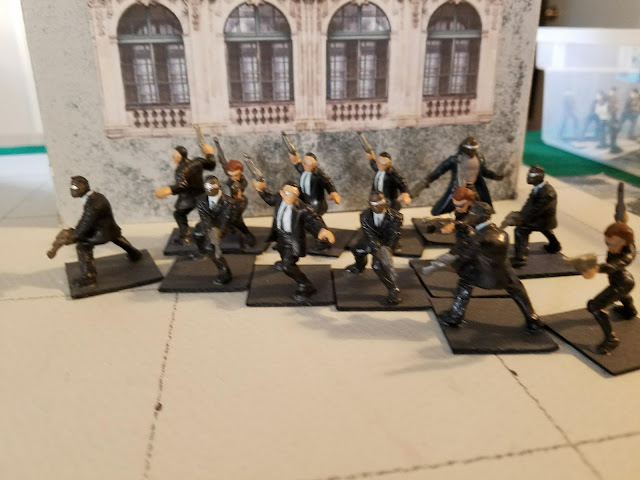 The department of Gotham Homeland Security and Secret Service have sent a team of crack agents to the scene to investigate the para normal activities that have been reported. 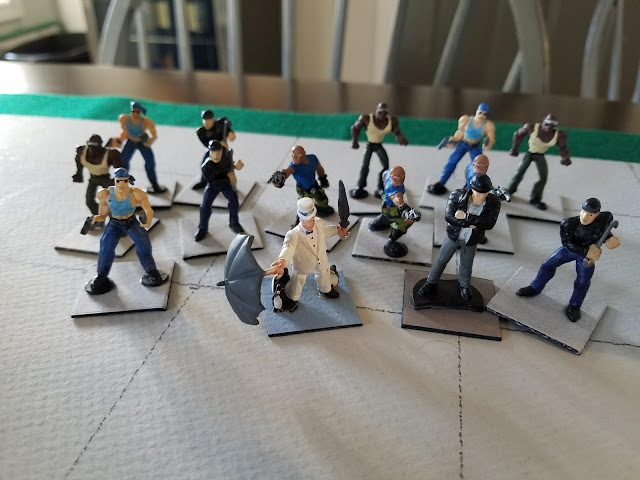 Bop Gun Jackson, and the Penguin have teamed up to unleash the vampire.  They currently have the closed sarcophagus with the vampire contained.  They need the key of eternity to unlock and unleash the monster on Gotham. 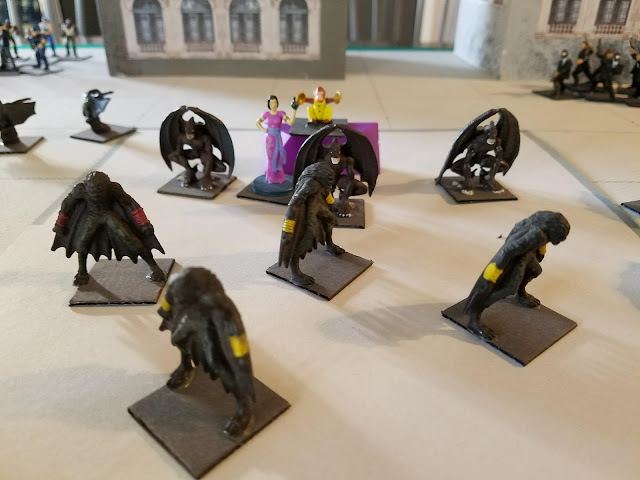 Inside the museum the unholy ritual has begun.  Dala has the main key that will assemble the others.  Like a siren call the worms crawl to the source of the amethyst stone piece of the key. 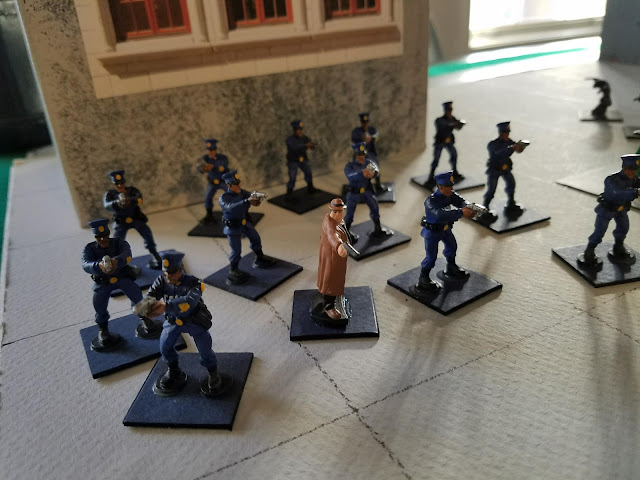 To Serve and Protect.  The Gotham GCPD with detective "Lockjaw", will try and support the Secret Service and also to try and avenge the loss of citizen and department life in the original encounter with this evil. 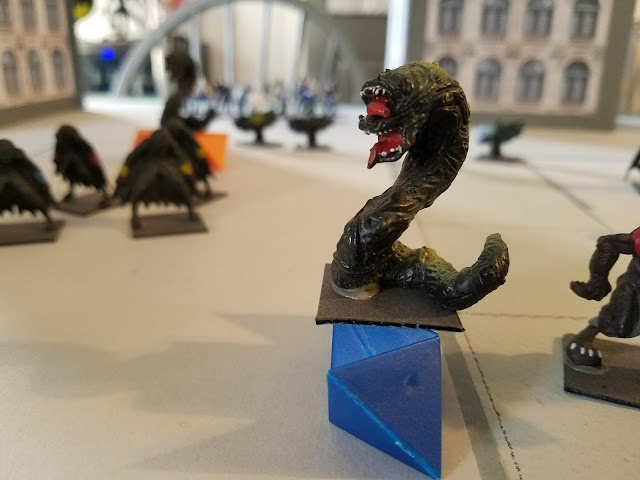 If worms could scream, and if you could survive hearing this worm scream, your sanity would be sorely tested.  This Key worm is part of the puzzle that will unlock Cathala the Vampire. 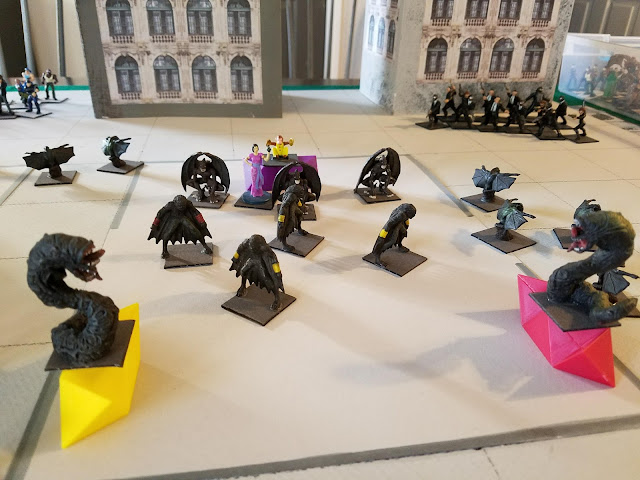 The museum main gallery is a writhe with the bat like creatures din of unholy high pitched skreeeeeeee-ing! 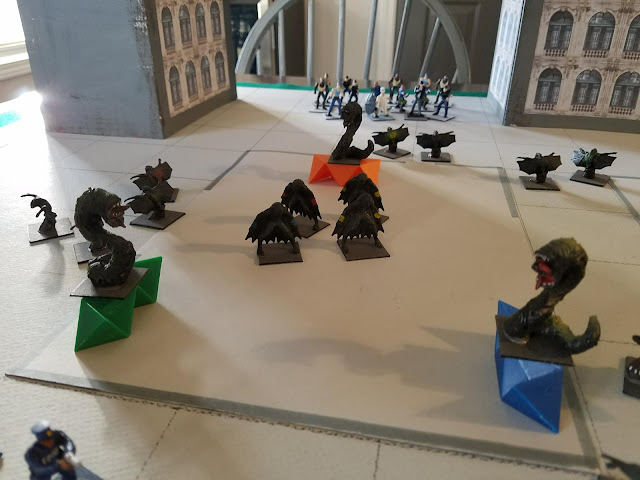 Dala wants her master.  The Secret Service want to lock all this down for study. GCPD wants revenge.  Bop-gun and the Penguin want the key.  What do you want?

Thanks for looking in and taking time to peruse the blog.  It makes it fun to see the readers count and I always reply to comments.