Got to play two back to back games that featured Car-Nage!! 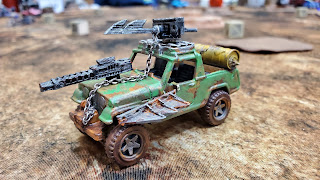 The first game drew me in with a very appealing table on a printed commercial map called "The Junk Yard."  The rules were GASLAND. 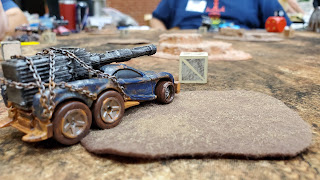 The two images show my cars that I picked to drive in the game.  There was some objective markers that were added to the map and we were to drive over them and "arcade style" pick them up and add the weapon system to our car instantly and get to utilize them in the game. 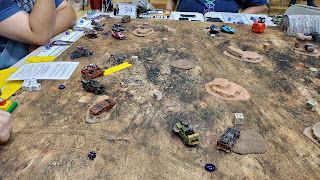 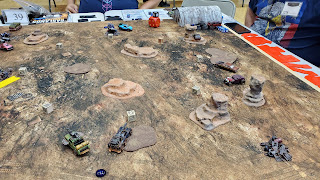 I liked the layout and the vehicles a lot and thought the movement templates were a good idea.  I did not like the rules.  My car did not move over 12" in the entire event.  I did get to shoot the weapons and involve myself in some of the mayhem but it was not a satisfying game if I were to be driving a car. 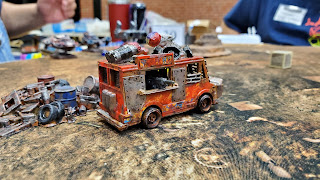 Here is another vehicle from the game.  Super cool and enticing but I will not become a Gasland gamer. 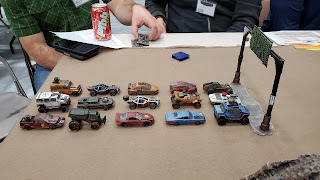 This is the second game I played and I have a lot of experience with this one so I am a little biased. 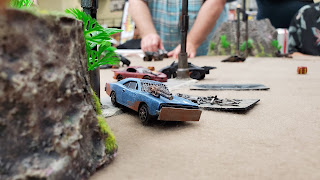 In this tabletop smash 'em up car game I got to drive a super fast car with a machine gun on top.  I drove in a series of turns that appeared to be a car driving an obstacle course. Many many feet of distance were covered on the table. 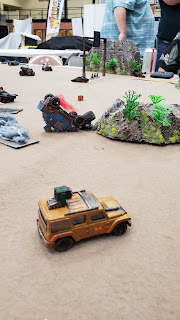 I do like this game and will continue to play.  I do not like the loss of control rules in this game and if I ever umpired a game would make several changes to the rules.
1. Movement templates.
2. Cars mounted to 1.5 x 3" cardstock.
3. Better reaction to loss of control direction die.
4. Better Chance to hit based on comparative speed not just speed. 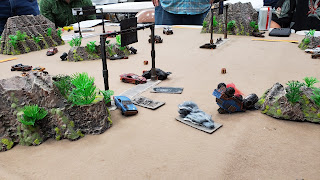 Axles and Alloys is the better game for me. 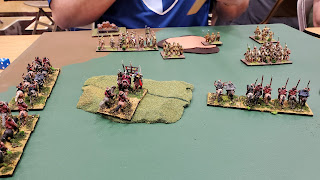 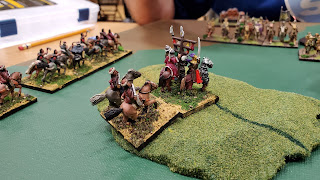 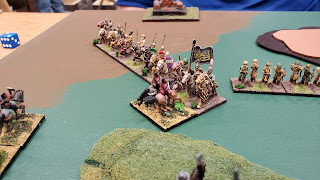 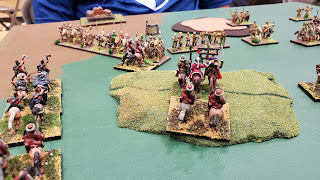 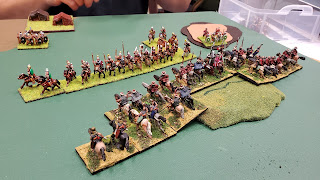 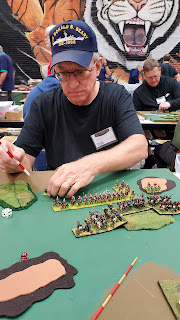 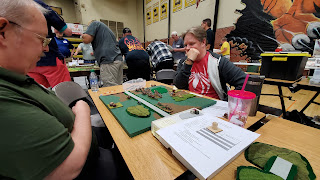 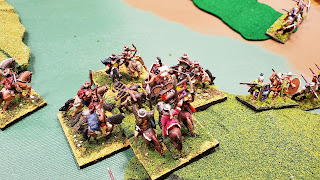 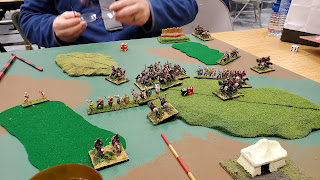 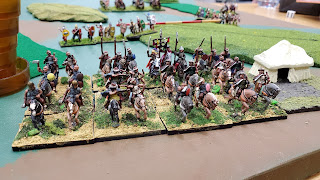 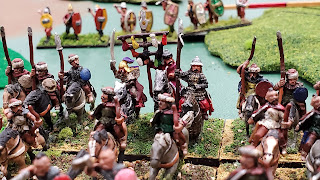 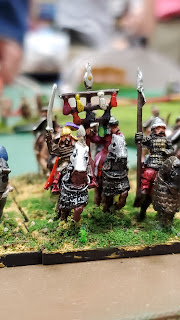