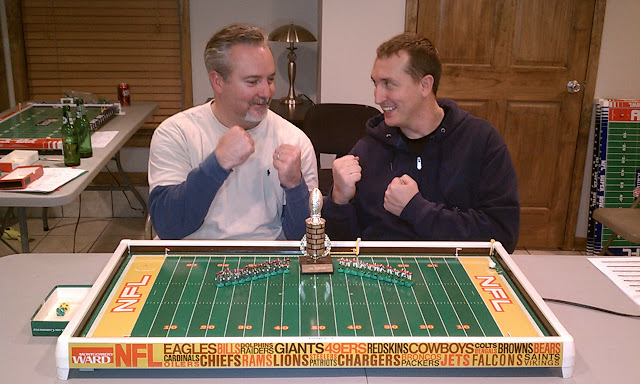 After two nights of games and a tournament tree it comes down to Denver and San Francisco.
The game was a fun weekend with friends and 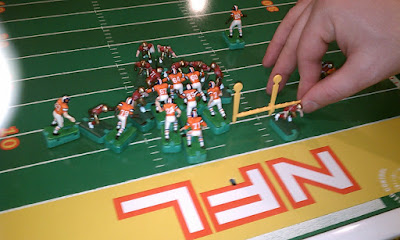 The comissioner earns his keep and was worked hard the whole weekend. 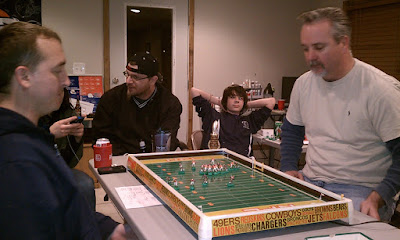 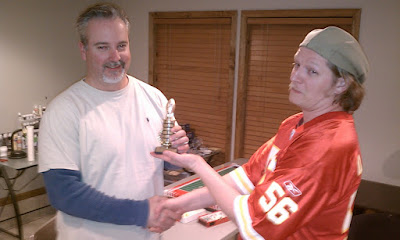 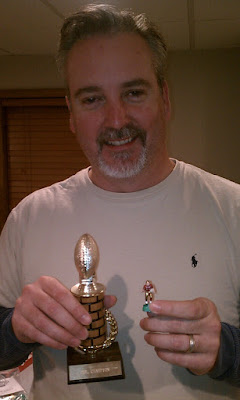 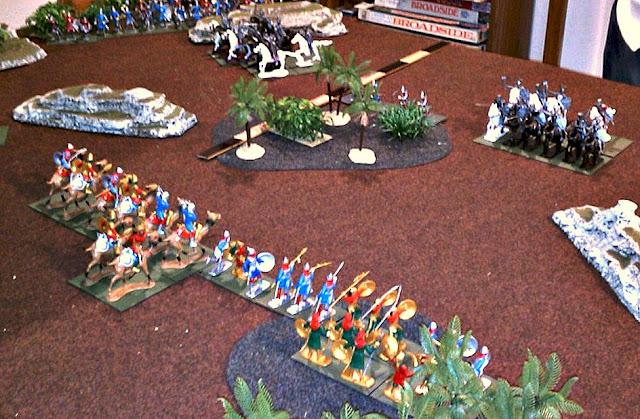 The game club gathered for our Thursday night event and this time it would be to start a small campaign game based on the Crusades.  Two newly acquired Supreme 60mm armies would be playing the parts of Crusader and Saracen in a Hordes of the Things organized game.  We as a club are all playing the part of a Baron on crusade in the holy land with all of his retinue and army.  We are envisioning a long march column heading into the middle east.  We arrived at Constantinople and each club member would take it in turn to be the "tip of the spear" and lead the column.  For each win that the Crusader armies get we will advance the groups campaign pin one more step toward Jerusalem.  The map is a line of connected locations and looks like this. 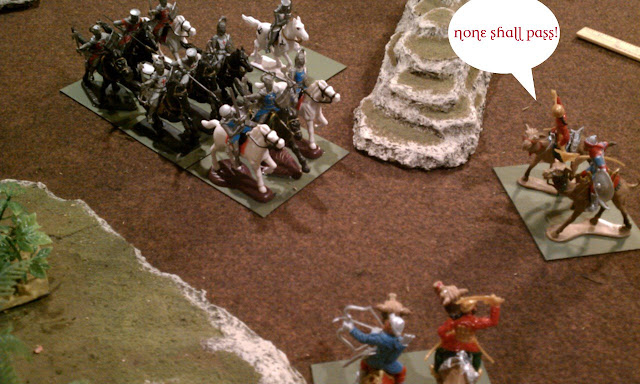 Each club member rolled a die and was placed on a campaign ladder 1-7.  In our campaign then each player would play the member below them as Crusader vs. Saracen respectively.  Each player would tally a score based on his number of Saracen destroyed minus the number of Crusader army points he lost.  Perfect score would be 12 to 0 in HotT army point cost giving the Crusader a 12 point win.  The club member that has the best aggregate score versus the Saracen will be crowned the King of Jerusalem, Knight Commander of the Holy Land and Defender of the True Cross. 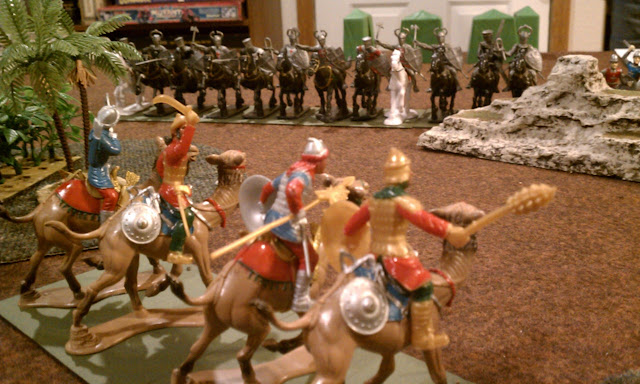 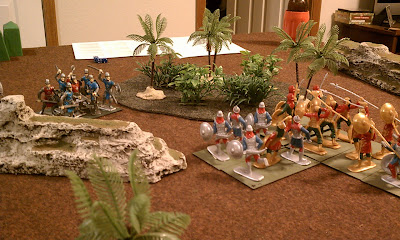 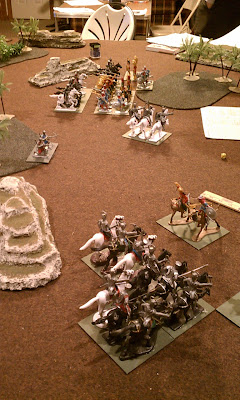 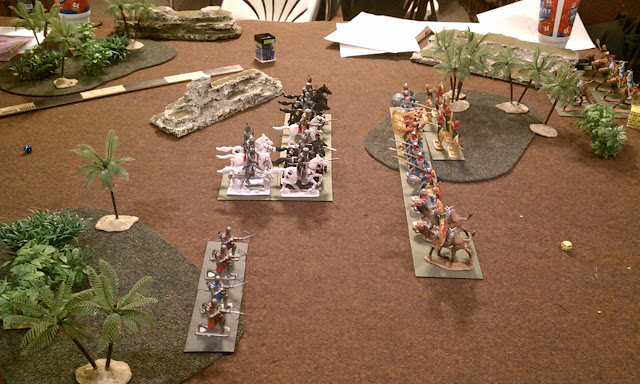 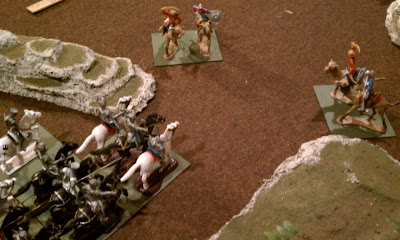 Our first evening saw three battles fought with three consecutive wins by the Crusaders.  The battle of Constantinople was won by Lord Terry scoring an impressive 8 AP.  Following this the campaign pin was advanced to Nicaea with Baron William taking command and getting a quick kill on the Saracen General scored a 2 AP leaving him in dismal hopes for that crown at the end.  The campaign then saw the action in and around Antioch with Lord Carl "the petulant" defeating a well commanded Saracen host and racking up an even 4 AP in the standings.  The evening went well and will continue with the remaining 4 games to be played to decide the overall commander.
The group discussed a "kicker" for AP or Glory would be the Holy Grail.  If a player presents for perusal a "holy grail" cup that is deemed worthy as a trophy to mark this historic campaign that that commander could receive an additional 1D6 glory to his final score and may actually win from a secondary finish with high enough points to carry the victory of the campaign and accrue the coveted seat in Jerusalem.﻿

We leave you with a few additional pictures from more Hordes of the Things action in 60mm.  These armies fought the previous Thursday for a HotT double points bash of 48 AP semi-historical fun. 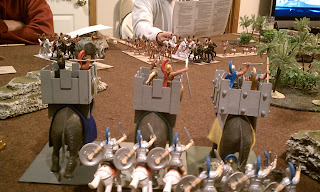 Thanks for checking in with our blog and as always leave comments for encouragement of the crew.

The Crusades 54mm Hordes of the Things

Secondhand Lion's Crusades Campaign
Will you take up your sword in conquest of the Holy Land?

7:00 PM at Ken's We will begin a campaign game using
Hordes of the Things rules and my collection of Saracen and Knights in 54mm.
You may bring other HotT 28mm armies for practice on a side table.
The game will feature each of us commanding a Crusader army of our own design from the available miniatures.
Using the Crusader army you will play at least one game against the default Saracen Horde (maybe more if time and interest permits).
Scores will be tallied as a destroyed vs. lost aggregate and the winner with the best score will be crowned
Knight Commander of the Holy Land and, Defender of the True Cross.
Posted by Gr33nw00d11 at 9:51 PM No comments: