Somewhere in the Pongola River basin a Zulu Kraal seethes in the aftermath of contact with the Europeans. The ultimatum is un-liveable and the Zulu Kraal of Djemdande cannot abide by the restrictions, conditions, and oppression of the British crown. War is inevitable and the impi begin to gather. 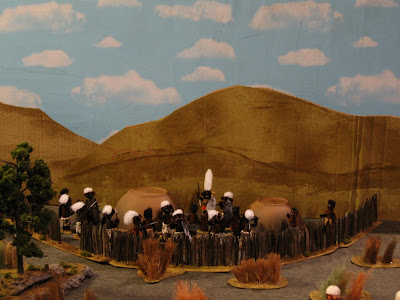 Djemdande's kraal.
The 24th Lancer commander, Ashley D. Day, and his aide, Captain Robert Davis, ride at the head of the column of 24th Lancers. The arrival of the 24th Lancers, into the Greenwood Station parish. 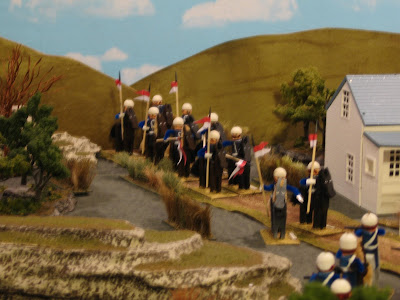 The two cavalry commanders meet and report on the situation.
We can see Lt. Col. Blackford's command returning from the zulu interior and a hot confrontation. 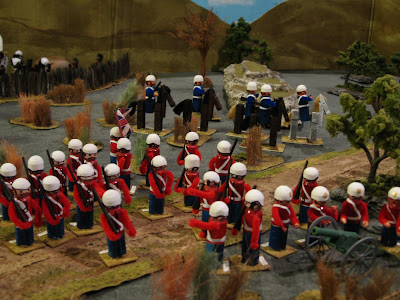 Blackford and the Natal Frontier police return from delivering the crown's commands to the people of the bantu tribe of Djemdande.
The 12th foot drill and parade in Greenwood station. An artillery piece has been unpacked and the lads are reading the instructions.

More reinforcements. The King's Royal Rifle Corp has also arrived this week from a short march up the coast and inland to the now well fortified station. Here we glimpse Lt. Walters, and drummer boy Pope (who hopes to distinguish himself) leading a column of the 60th foot. 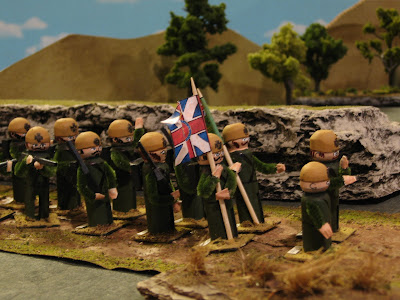 ZULU collector cards. Get yours today! These G.A.S.L.I.G.H.T. detailed cards let you know who's in the game and how they're hittin'. 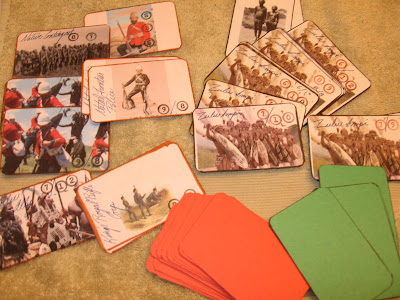