Auricania and Patagonia interact with each other through the medium of naval commerce.

Here are some fleet pictures of the miniat 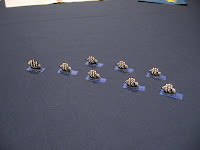 ures used in our campaign. 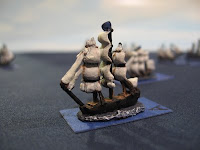 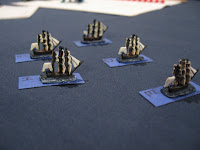 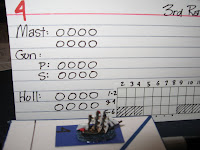 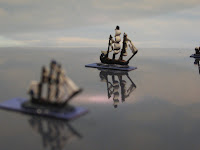 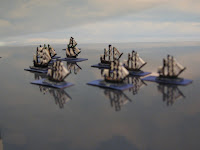 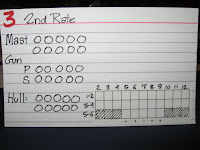 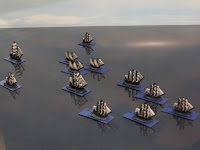 Two different control sheets for the game. It is roster based and campaign actions carry over to the next game.
Posted by Gr33nw00d11 at 8:04 PM 1 comment: 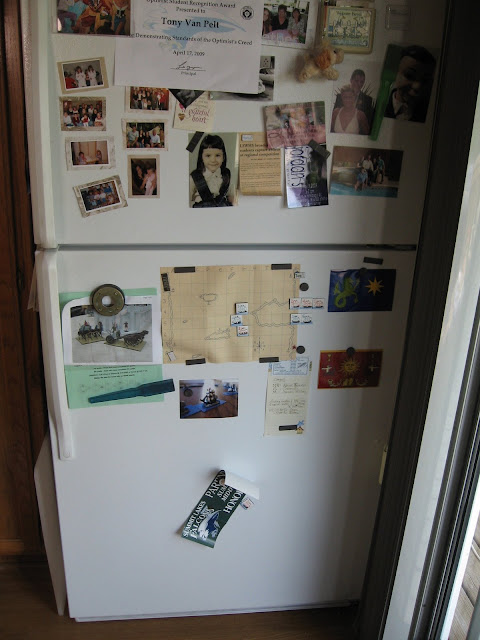 Recorded here for your enjoyment is the history of a naval campaign set in 1709 in a land far away over the horizon. The forces of Auricania and Patagonia where separated by land mass too complicated to traverse and both fell to ship building and naval expansion. Their meeting would occur on the ocean waves and to the irony of this story both societies had similar structure in culture and in naval development. The three masted ship was the naval development of the age and they set forth with the idea of expansion and new lands to civilize with allegiance to their own crown. Auricania was a monarchy ruled by Queen Madeline. Her royal family included only one heir, Princess Caroline. Auricania held a matriarchal lineage of succession. 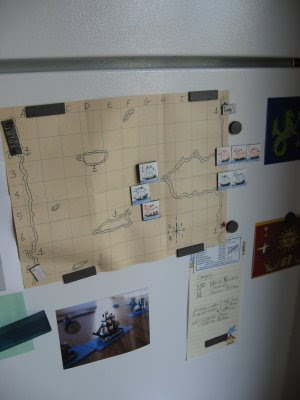 Patagonia for it's part, was ruled by the fair and just King Michael. Little else is known of this society at present.  The history of these illustrious nations included much armed conflict and battles that where recounted in detail on the family refrigerator with small magnets. 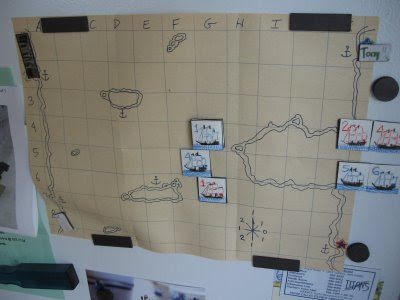