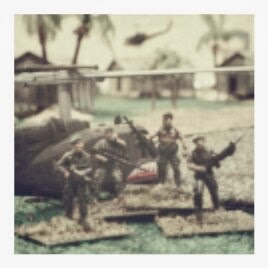 The Secondhand Lions airlifted into a hot LZ using the FUBAR Vietnam rules available from
FUBAR-One Page SF/Modern
Now our group likes Vietnam gaming and we want these rules to be used for games in the club so we were predisposed to find them adequate and acceptable.  I think the admittedly incomplete Vietnam version of this game has some good ideas but the dice convention of multiple dice types really didn't improve our game and in a lot of ways just slowed it down.  The activation of units is great and the suppress rules are worth trying and keeping.  I think we will revert to the D6 system and add the Vietnam vehicles and specifics back to Core FUBAR.
Posted by Gr33nw00d11 at 7:30 AM No comments:


We had a wonderful time recruiting new players and all of our games included new players to the hobby as well as students in the "know," from Lee's Summit High School.  Thanks go to the new admin staff that kept this convention running as well as previous years.

Here we look in on Friday night and find the Secondhand Lion's game club set up for a ACW 54mm tribute game to the father of wargaming - Don Featherstone.﻿ 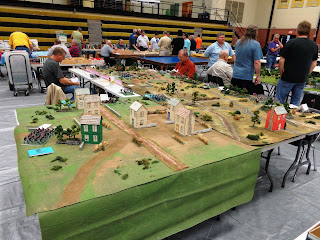 The table is set and the scope is large. 54mm on an 18x11' L shaped table representing the fishhook familiarity of Gettysburg. 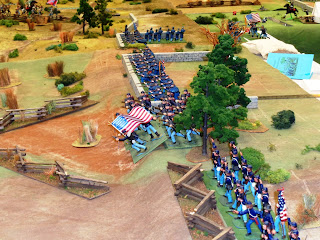 There's the copse of trees and the soon to be high water mark. 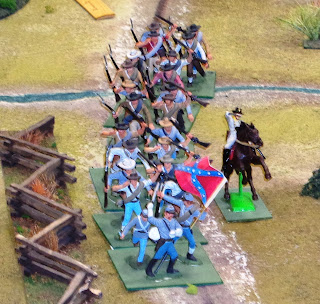 Confederates march to the sound of the guns. 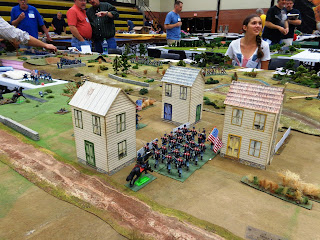 First time war gamer is in awe of the hobby.  She commanded well and did some earnest damage to the "Federals." 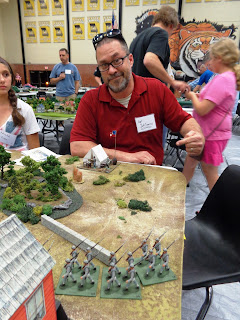 Mr. D.  a friend from school brought his children and their friends.  All MS aged kids they were very interested in the hobby and did some gaming and a lot of shopping at the vendor booths. 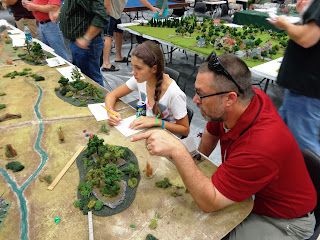 Coming to "grips" with the butcher's bill. Marking casualties on the roster. 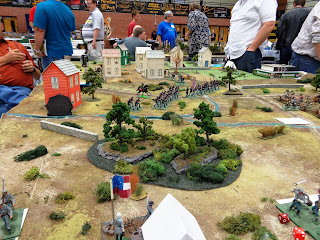 The notion of gaming in 54mm with old school rules reminds me of my introduction to the hobby in 1976 when I borrowed Don Featherstone's book War Games from our local library.  The tribute game has truly been repeated often in those years between then and now.  On the death of such an influential author and innovator it is fitting to designate a convention game with the honor of being a tribute to Don Featherstone.  This game and all those that came before for me in the hobby of wargaming are indebted to our friend and mentor. 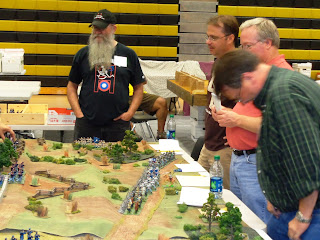 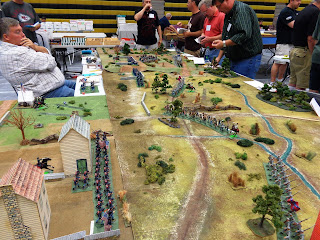 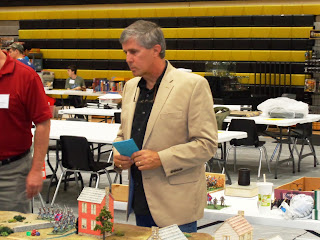 Appropriate attire for the game master.
Thanks for looking in.

Saturday morning the Secondhand Lions set up the THK collection of ALIENS and did three sessions of an ongoing campaign to cleanse and burn the hive on LV 426.
The image above is from the hot LZ in session one. 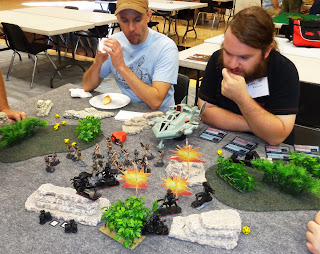 Take and hold the ground. 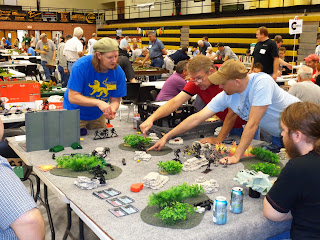 Get access to the planetary atmospheric plant. GM Terry and Jon Mark give pointers on the art of staying "frosty". 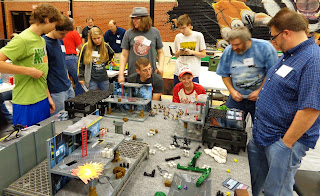 The big game included 12 players, each with 2 characters to control.  This was the cleanse and burn scenario that showed a pretty exciting ending for the crew.  They killed the queen xenomorph. 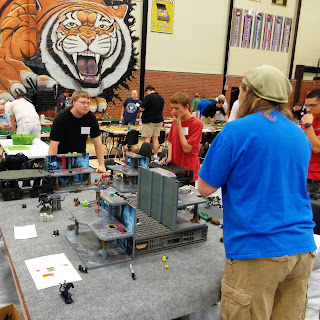 Jeff Gully borught out his "Argh There Be Pirates in that Port" game and I played in it to my utter delight.  I liked it so much I went back on Sunday morning and played on the terrain again. 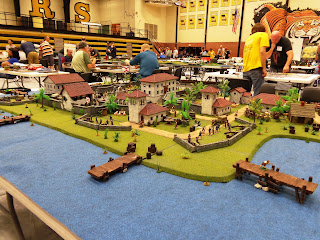 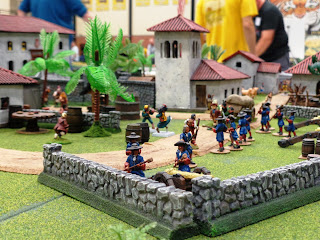 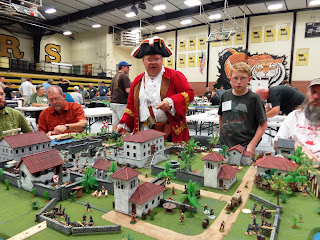 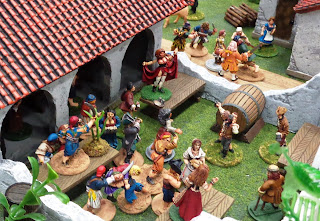 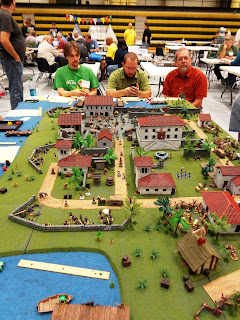 The presentation, game mastering, storyline, character development in this is nothing less then brilliant.  There is a ton of piratey action packed into this layout.  Click images for a better view and enjoy.
Well that's all that is on my camera and it gives just this one persons view of the show but hey that is what blogs are all about.  I cannot wait to see the recruits gallery of images from the whole convention.  It was an amazing weekend of fun and games.
You should really check it out.﻿

Found this link and wanted to share with my readers. I find this sort of wargaming history to be fascinating.
Posted by Gr33nw00d11 at 7:00 AM 1 comment: