Full Sail in the Lion's Den 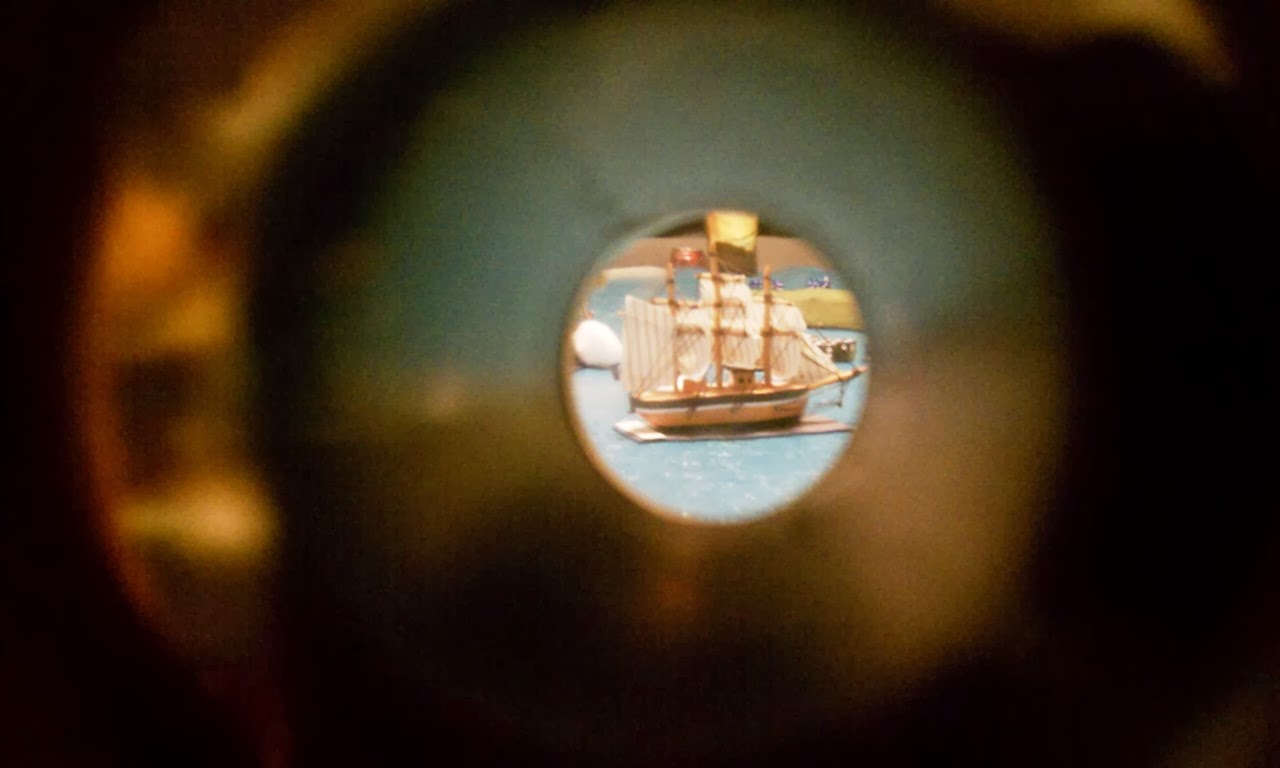 Slip the anchor and set sail with none other than William Azure and Rubidenus Fuchia on board the Huntress in tales of high adventure on the open ocean.... 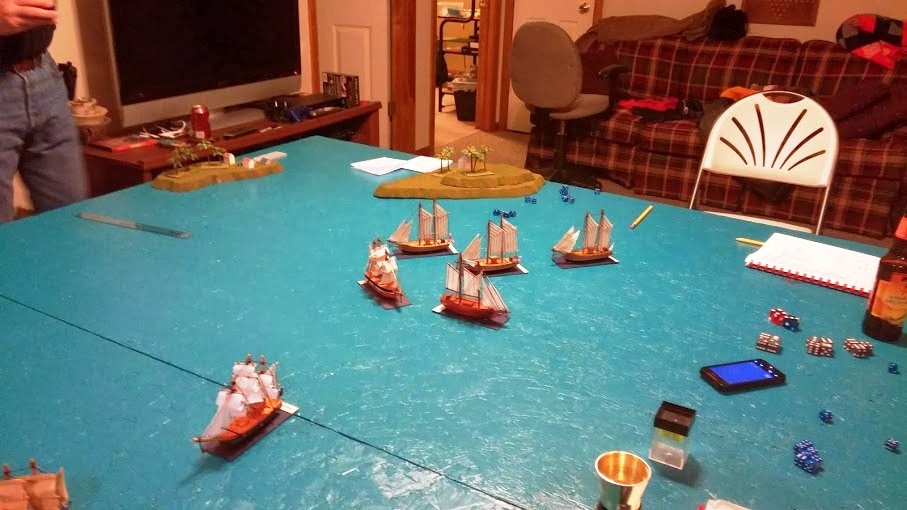 Cut. Cut. Cut.  Look we're working with a skeleton crew here and this has to happen just right.  Budgets tight and we need to get this all in one shot so look alive. 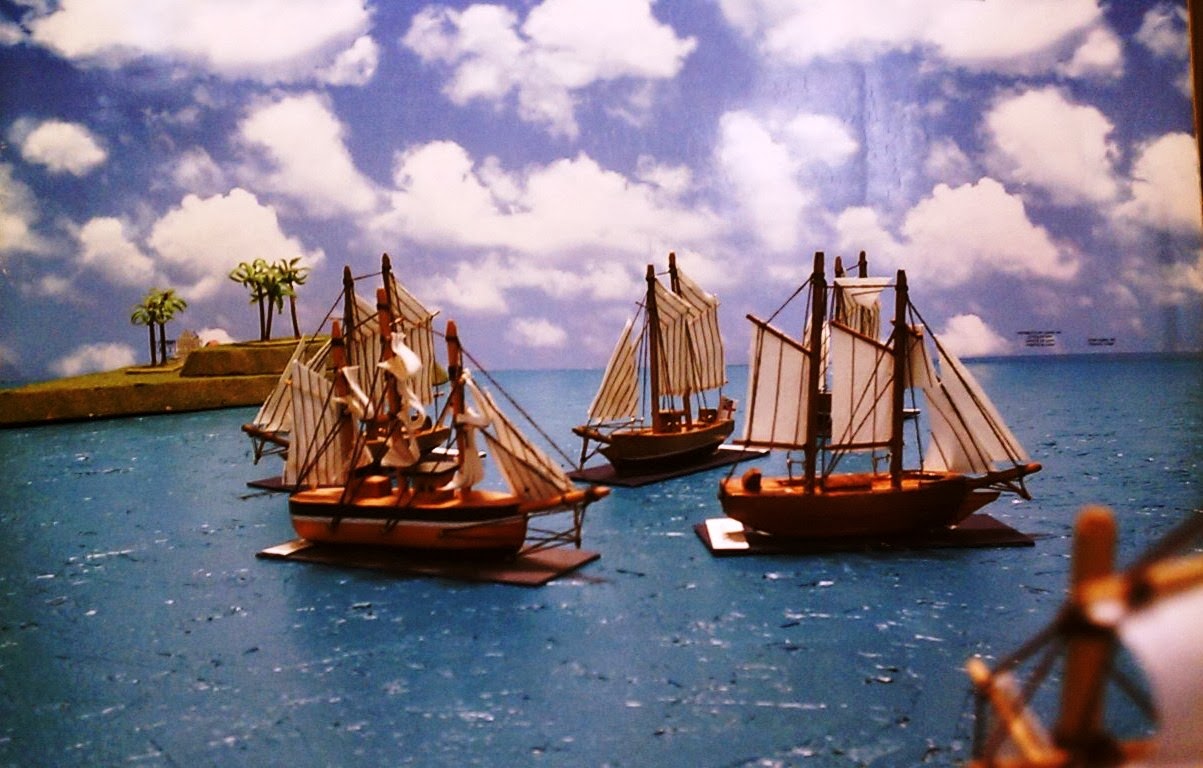 ...opens with the sound of roaring surf and the creak of a ship's rigging.  The Secondhand Lions have captured Lion's Port and turned it into a pirate haven.  The governor has retreated inland and the cane field slaves have burned a lot of the farms and settlement.  The island is a cacophony of crazed drunken depredation.  Seeking to make a mad dash into fame the pirate brethren have crewed two ships and make plans to set sail into the shipping roads outside of Lion's Port.  On the eve of the voyage more than half of the crew were no-shows (snowy weather kept them at home) and had to be trundled into the hold of the Gimlet.  The Huntress, was re-crewed by Captain William and Lt. Rubidenus.  The two adventuring ships set sail into the great wide open only to find a full scale naval war going on. 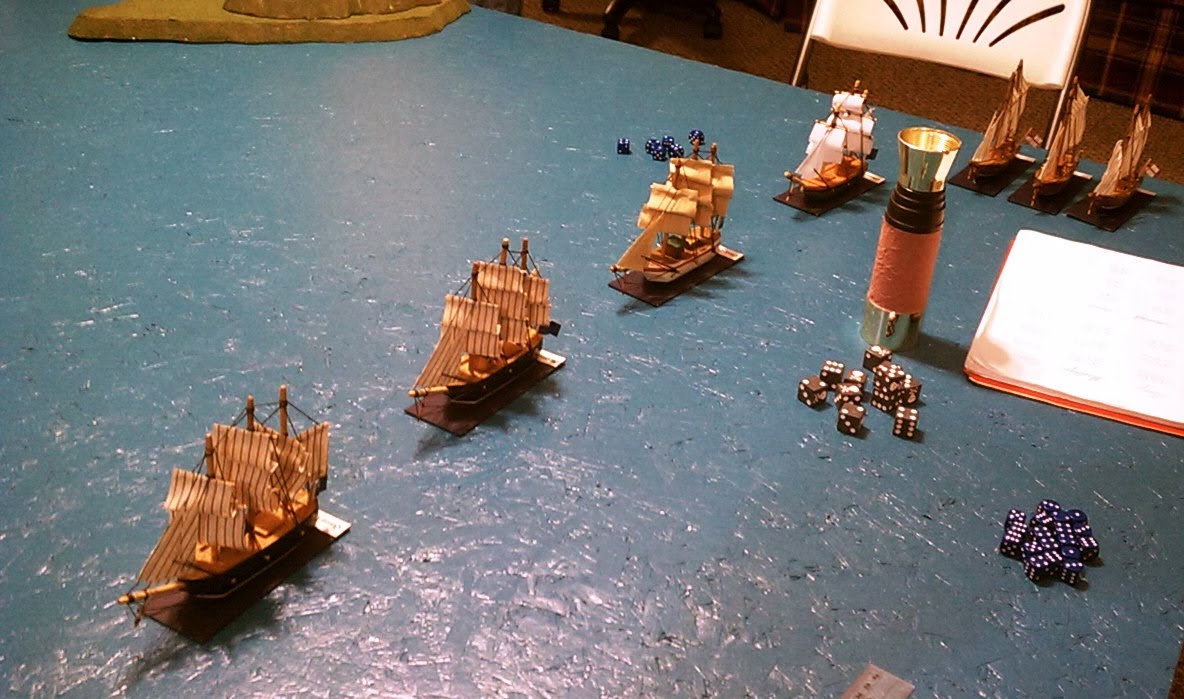 The British fleet had arrived at Lion's Port, escorting three heavily laden merchants and the French fleet had arrived bent on retaking Lion's Port.  The newly named Gimlet had a stunty captain at the wheel who had to have a barrel lashed before the wheel just to see over the poop deck.  Using a strategy of cunning and panache the little dwarf keenly commanded his little flotilla past the British ships to safety - only then turning twitchy and opening fire on the merchants with a black flag flying on the breeze. 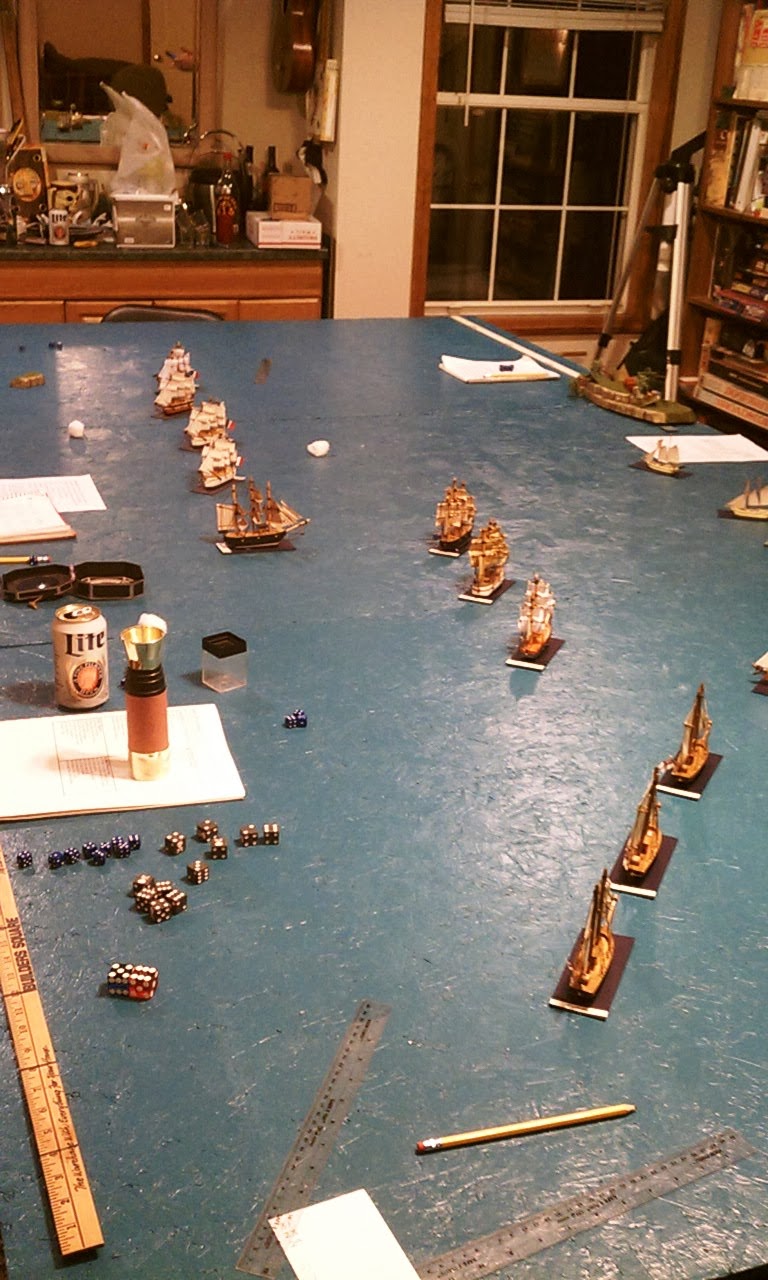 The French and British fleets beat at each other.  The winds of war would declare this day for the French.  The British forced the capitulation of two French SOL, but failed to secure either and fell prey to losing one ship, the Queen to the French. 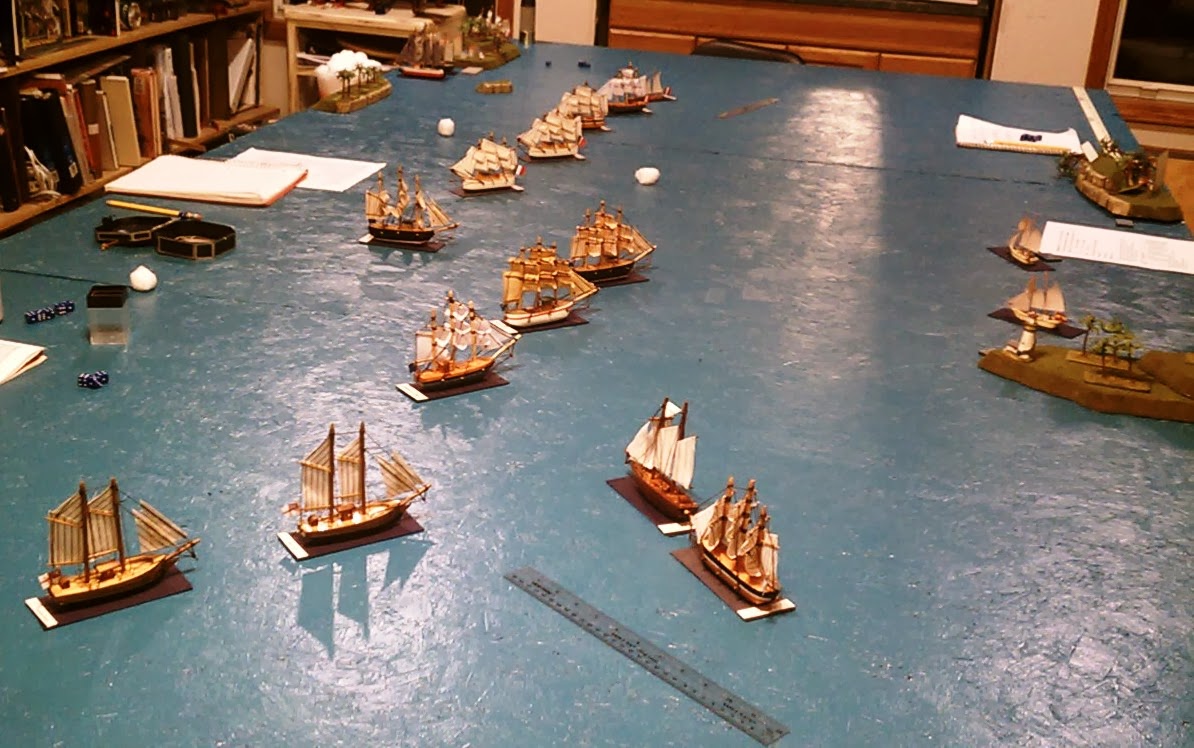 The full table view showing the player character ships in the foreground, the merchants to the fore left, British fleet in the middle ground and the French in the distance of the background. 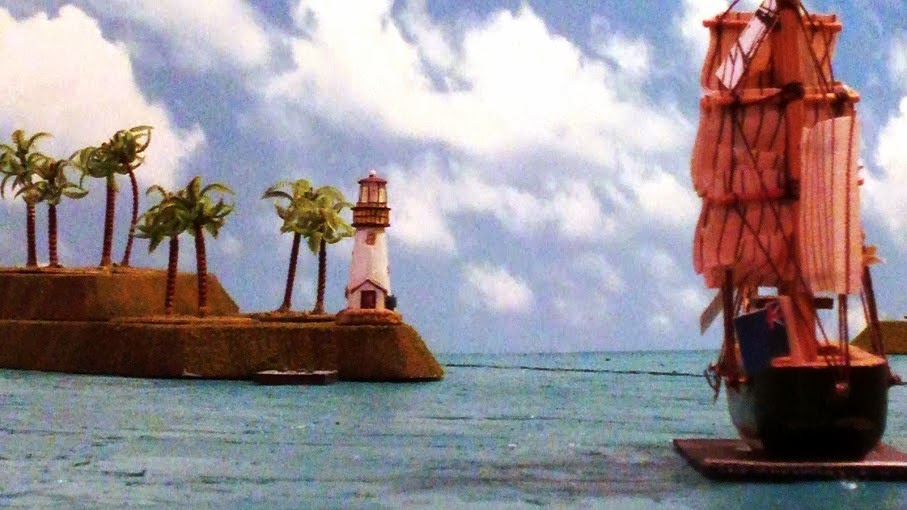 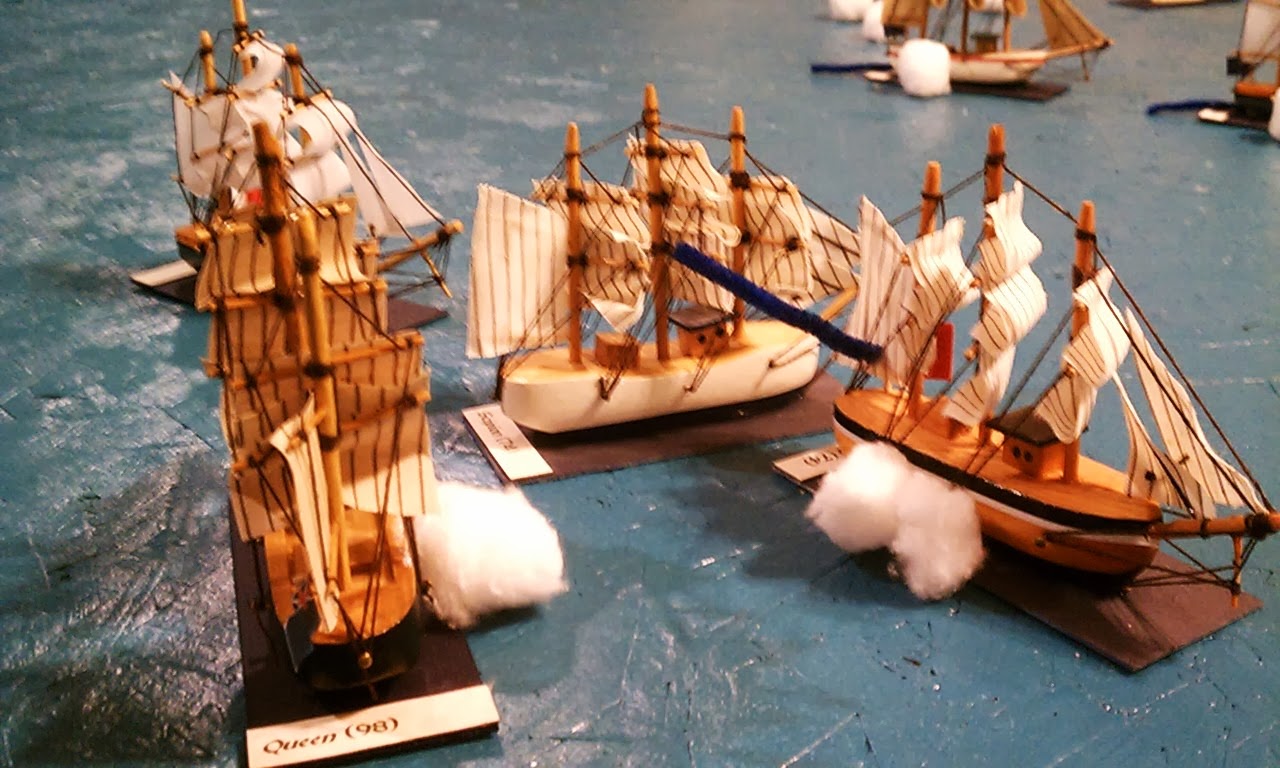 The fall of the Queen to captured and struck French ships.

How Robots Will Change the World - BBC Documentary 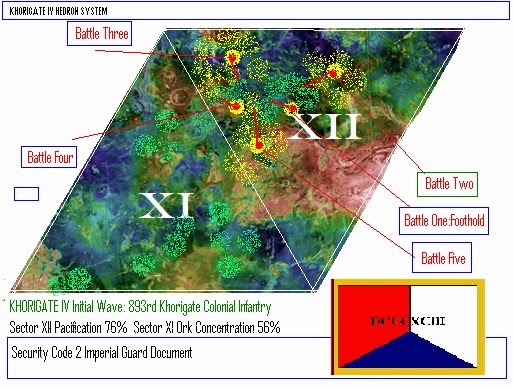 The first battle was fought using the Sci-fight rules set and ended in an Imperial Guard victory.  Battles 2,3,4 were fought using a modified set of rules based on the original simple war-game rules from the Featherstone era.  Only in battle two did the Orks have a decisive victory.  Battle Five was the closing chapter of the Sector XII First Wave fights and ended with another Imperial Guard victory.


"Sir, Lt. Danislav is here."
"Bring him in, Private."
Lt. Dan walked into the Commander's office, clearly uneasy.  He shifted nervously from foot to foot, awaiting the Commander to speak first.  Commander Romanov took his time, savoring the younger officer's lack of discipline. 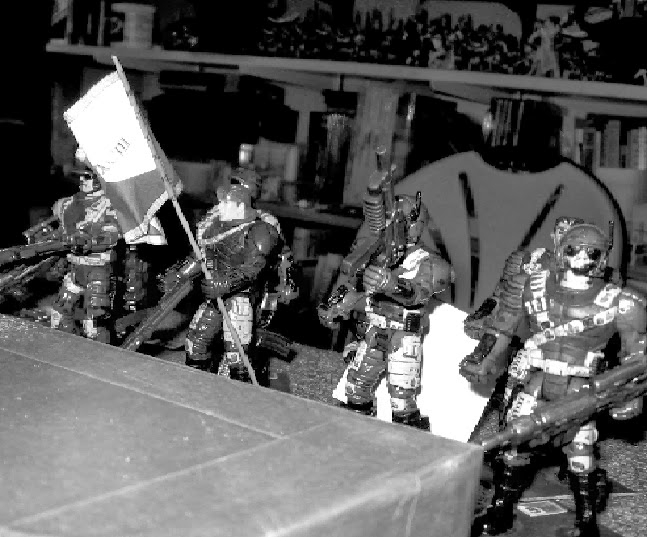 "Lt. Danislav.  I presume you have a detailed account of yesterday's fiasco?!  The ambush squad suffered heavy casualties from the Orc scum.  Orcs!  Guardsman should not fall to lower life forms!"  He visibly calmed himself lest he look like the one without self-control.
Lt. Dan gulped and fought down his angst.  "Sir, we proceeded as per the plan to the ambush coordinates.  As you know from the intel we received, we did not know which way the Orcs would bolt when they were attacked.  Commandant Antonov positioned his men and material to block off all avenues of escape, but we did not expect the ferocity of the Orcs."
Romanov interrupted, practically spitting out his words, "Ferocity?  Ferocity!  Lest you forget, we are the ferocious ones, not the low-life Orc scum!  We are Imperial Guard!  You are telling me that uncivilized, unclean vermin took you unprepared?!  Preposterous!"
Lt. Dan's face flushed.  Was it anger or embarrasment?  "Yes, sir.  Those "vermin" took out Bravo Company with nothing other than axes, teeth and swords.  I was the only survivor and that was only due to being trapped beneath the mound of bodies in the press of the attack.  From all reports, Alpha Company fared no better.  They only had one survivor from what turned out to be a rather intense firefight in the western section of the ambush vector."
Romanov made a short chopping motion with his hand.  "And the tanks?  What happened to them?  Both the heavy and the medium were totally destroyed.  Need I mind you that we are supposed to win this planet?"
"As you say, sir.  The heavy tank was destroyed at the beginning of the ambush.  The medium tank stayed in the fight for quite a while and prevented HQ and Delta Company from being overran.  We did manage to knock out two mobile artillery units and two medium tanks during the exchange as well as eradicate all their forces.  We even managed to kill one of their Warp Entity."
"Report on the .  We've heard that it acquitted itself well in the ambush?"
"Yes, sir!"  LT. Dan warmed to the topic, almost forgetting who he was addressing.  "The held the far western flank of the ambush site and was a tide-turning force on the field.  Reports from Charlie Company indicate that it took a salvo in the chest from the remaining mobile artillery unit, which caused it to temporarily shut down.  Fortunately, the Orcs were too stupid to take advantage of this, allowing the to restart.  It managed to tread over most of an Orc fire team and wounded another of the Orc companies enough for Delta Company to finish it off.  All in all, sir, we lost Alpha and Bravo Companies and portions of Charlie and Delta.  Unfortunately, Commissar  Antonov was poorly positioned within his HQ and sustained a debilitating wound from a missile attack.  As you said earlier, we also lost the heavy and medium tanks." 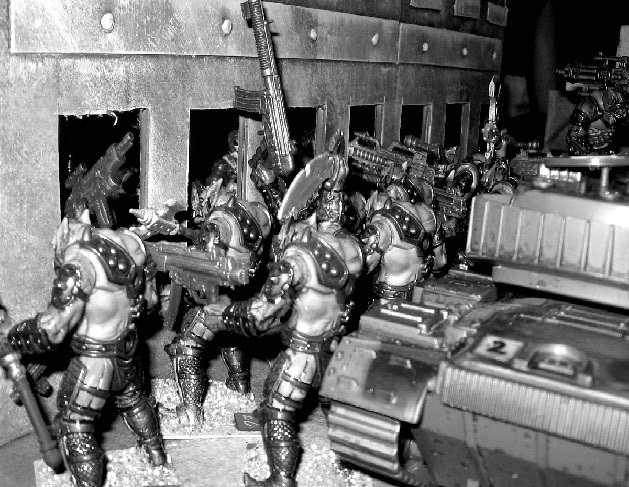 "And Orc losses?"
"We counted at least three rifle companies and one blade grut company in addition to the Warp Demon's HQ and the aforementioned tanks and mobile artillery."
"Well, killing the demon is worth something.  Very well, Lt.  You are dismissed."
Lt. Dan saluted and turned to leave.
"Lt., one more thing.  Take yourself over to the Sergeant Master and tell him you are to receive twenty lashes for cowardice."
"S-sir?"  Lt. Dan blurted, "Why?!" 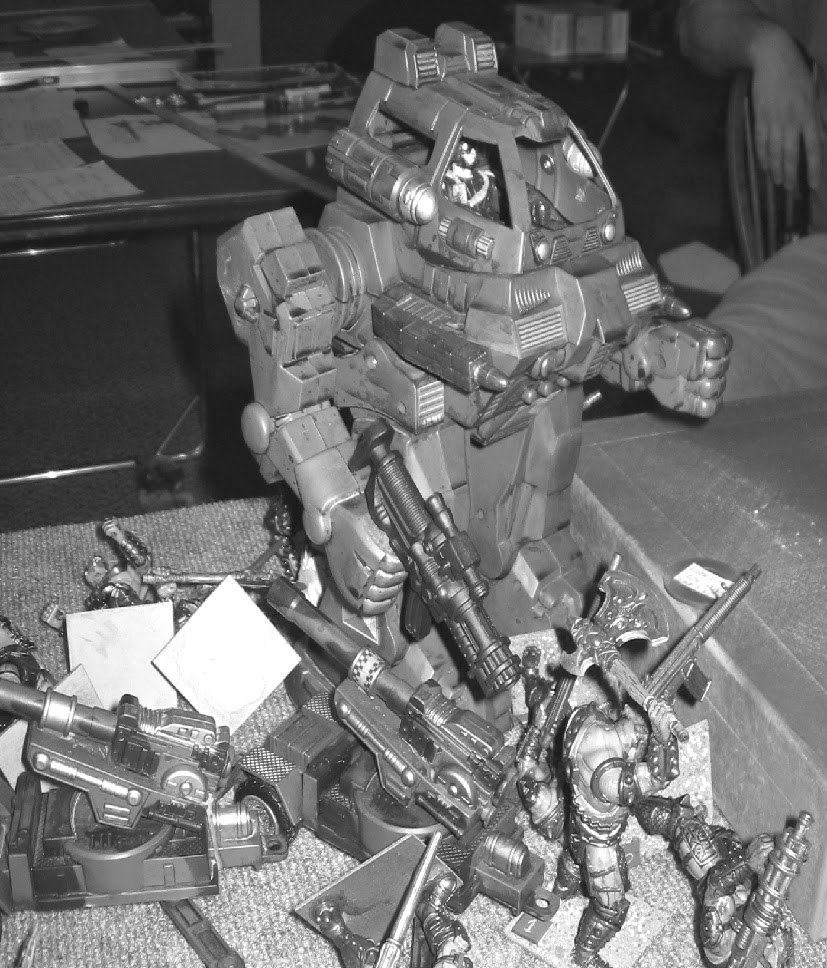 "If you were a true Guardsman you would have committed yourself fully to the battle and died trying your damnedest to avenge your brethren.  Instead, you laid in a pool of dead bodies until you were rescued.  Feel lucky I don't have you shot by firing squad!"