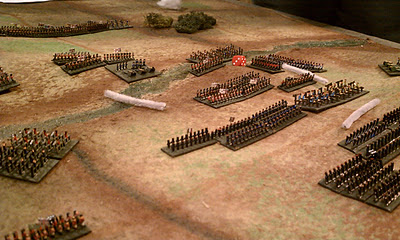 The Lion's Den Wargamers convened for an evening of Napoleonic warfare using the DBA period variant DBN. The rules are DBA with element alternatives that depict Napoleonic troop types and weapons. Very easy to adapt to if you are familiar with DBA. The download from Fanaticus prints out on 3 pages with combat factors and outcomes listed for the variety of new elements during this period 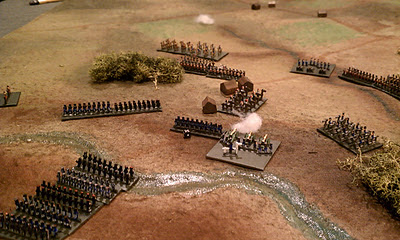 These images are of new troops in uniform from my scratchbuilding 5mm activities. The figures are made from needlepoint knitting plastic. They are based on 40mm element bases as per DBA. 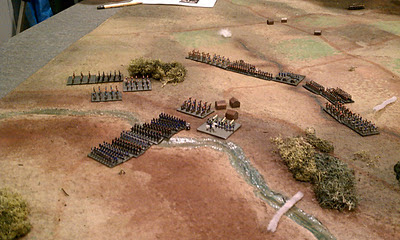 Our game pitted myself and Carl vs. the Napoleonic afficianado Nick. Nick commanded the British in their attack of the Belgium commercial center of Knieffer-Haffen. Nick won by demoralizing two of our divisions and commanded a successful river crossing in the attempt. 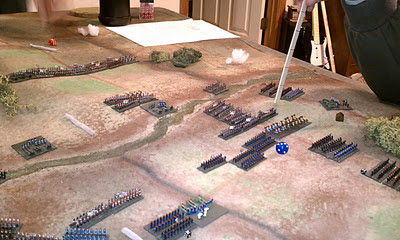 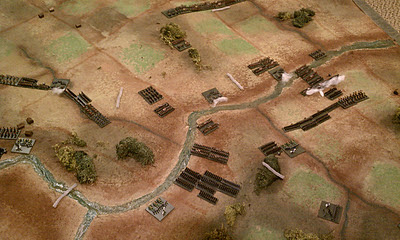 Aerial view of the battlefield showing the Knieffer river and tributaries leading into the city. 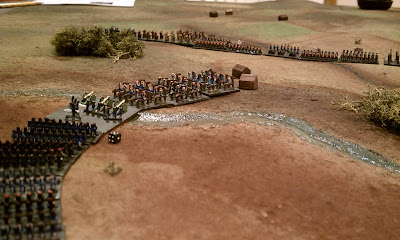 My left flank division crossing the river to try and outflank the British. 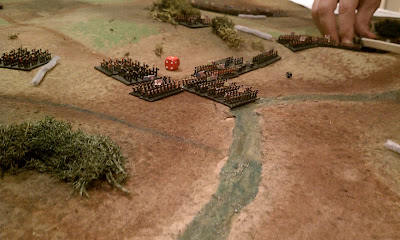 The British cross unopposed and gain the foothold that would threaten the center of the French defense. 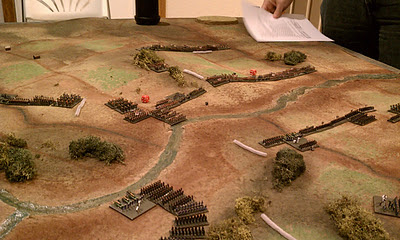 This is an early disposition shot after turn two or three. 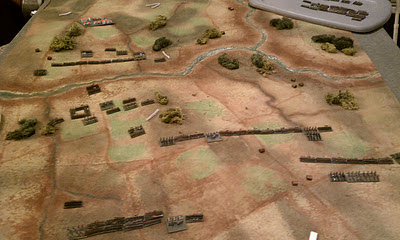 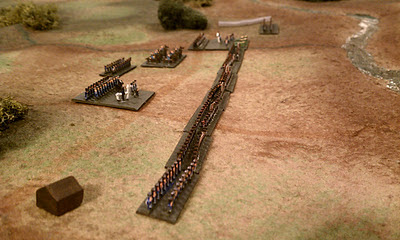