The annual Recruits convention in Lee's Summit, Missouri was a wonderful time.  I went as a player this time around and had a great time getting in some wonderful gaming time with old friends and new acquaintances. 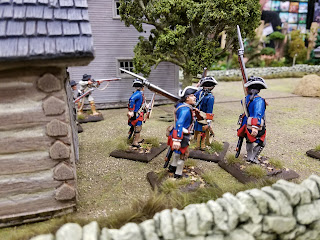 I have played in this GM's French and Indian war game before and I always relish the chance to push around some 54mm lead figures from Jenkin's collectibles.  I played as a militia commander and was tasked with defending a small settlement from attacking Indians. 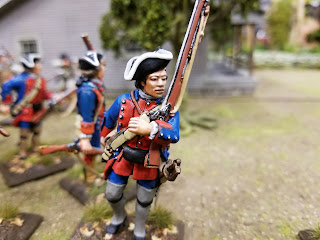 He would not live to see the next day.... 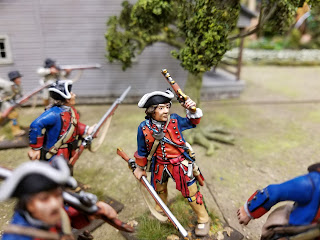 That's me with the pistol.  A gallant figure and he fought bravely in the game. 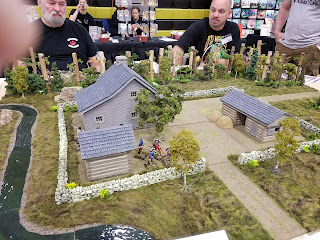 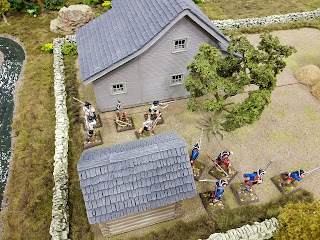 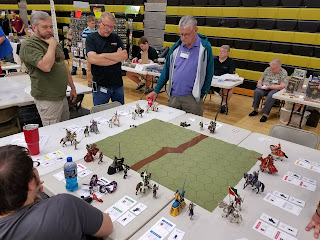 This time I sat astride a destrier and fought in a medieval knight melee. 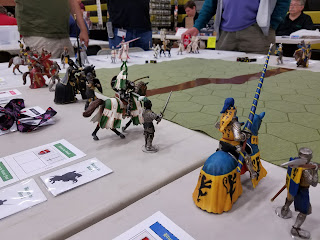 Again I died valiantly and not necessarily all that epic. 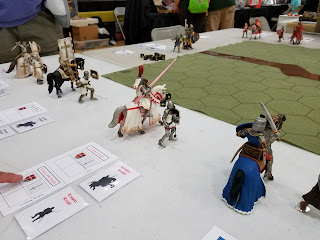 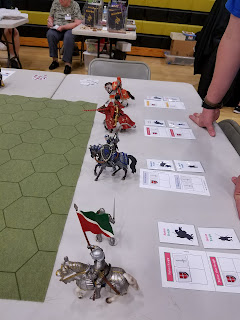 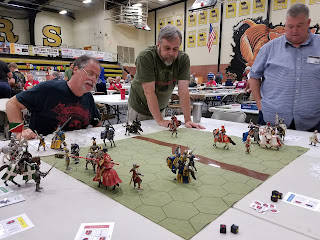 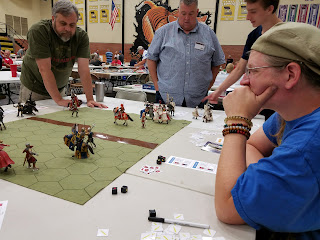 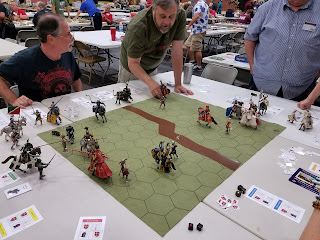 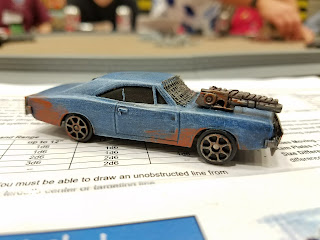 And then I drove around in a bad-ass Dodge with a machinegun mounted on the hood. 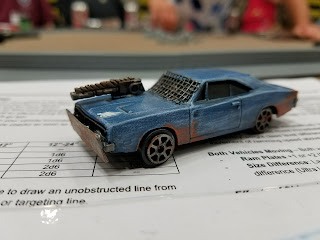 Had an epic flaming fireball of a death in this one. 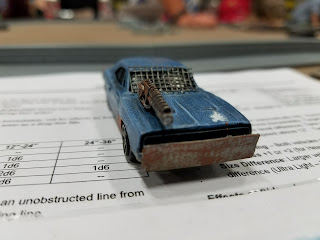 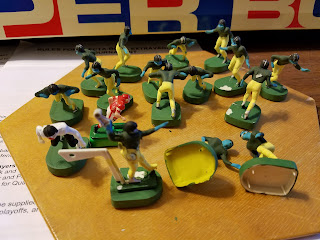 Bought some old football miniatures at the flea market. 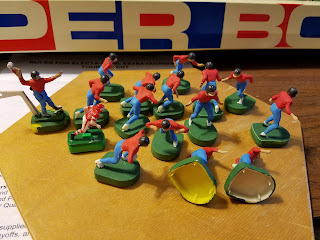 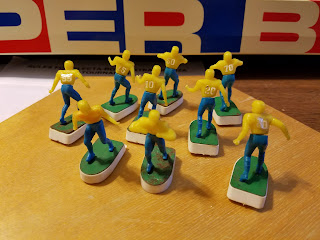 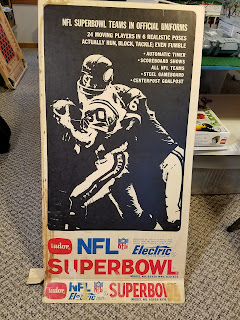 Bought a significant piece of electric football history with this acquisition.  This was a private sale that was arranged after a war game acquaintance asked if I would be interested in looking at his game from his childhood. 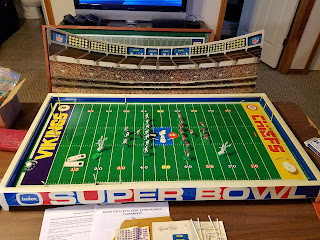 I was very lucky to acquire this item.  A prized piece in my set collection. 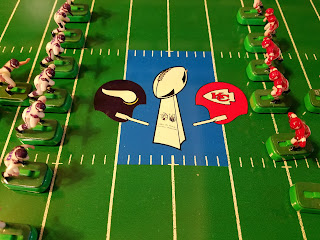 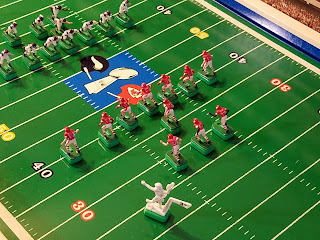 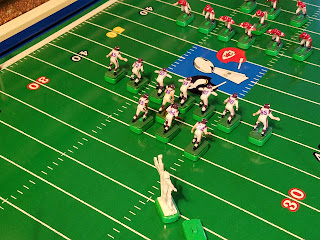 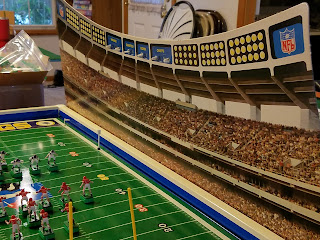 I played in two DBA tournaments as well but never took any photographs.  I used my ancient British  Book II. 57.