I brought out the Battle Cry board game for the Monday night crew. Got to play two battles.  We used Pea Ridge as our learning game. 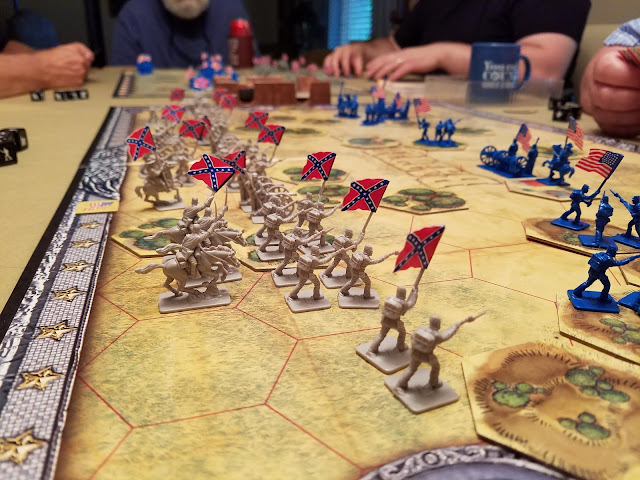 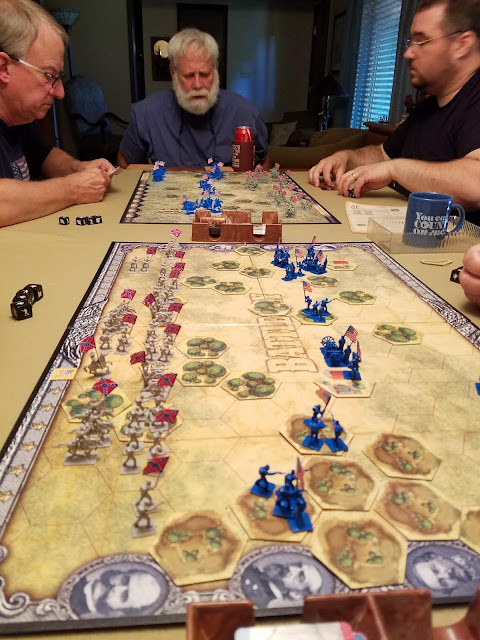 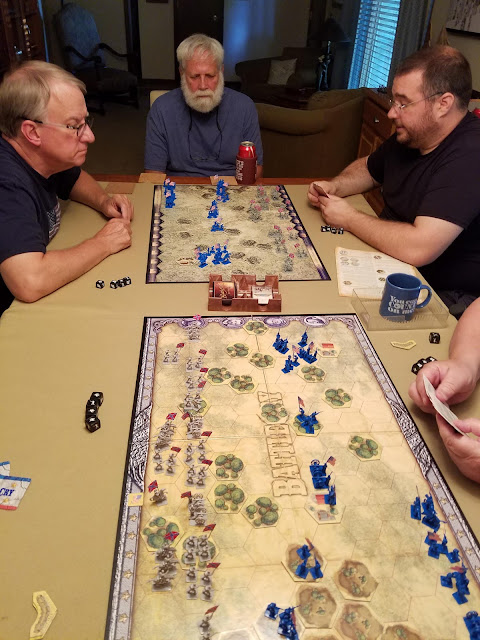 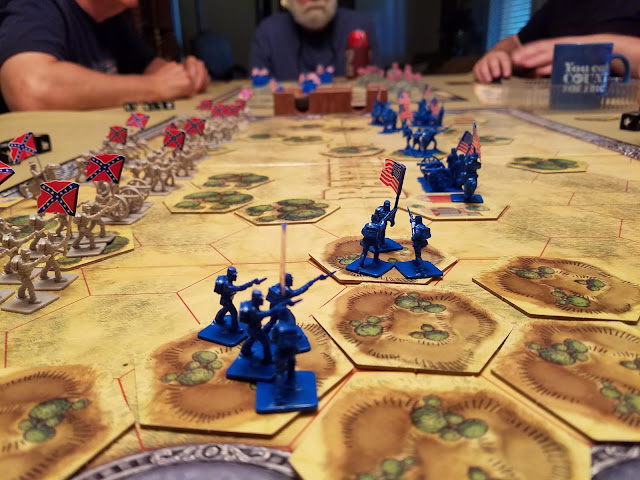 Hey Happy Campers.  Summer at Barstow has begun.  I started off the first week with a wargames camp called "Swords and Sandals."  Day one I had four tables going in a junior general sort of way. 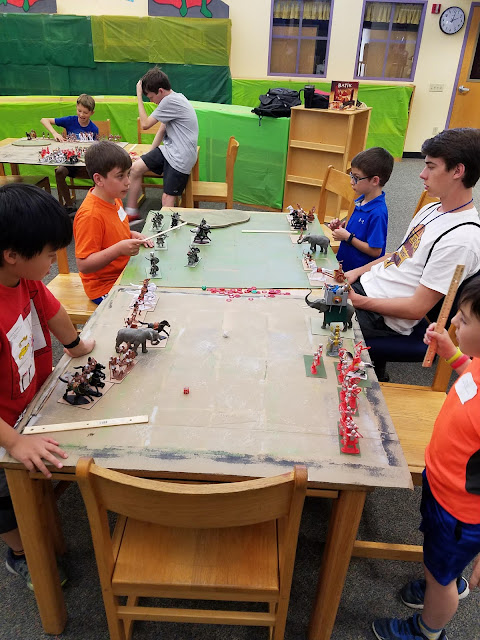 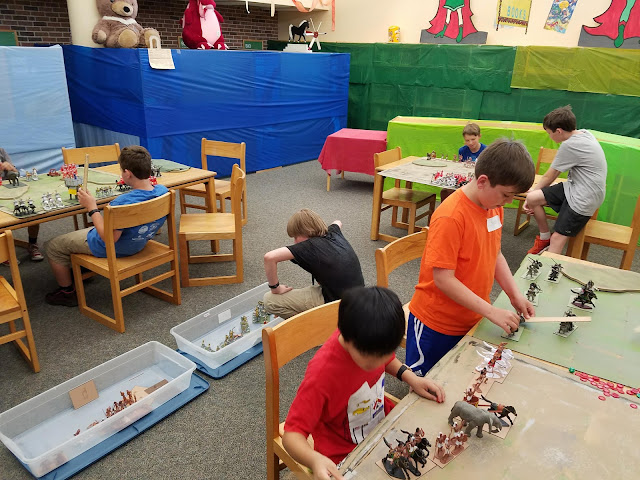 One of my repeat students brought the rules I had written from the previous summer and wanted to jump right in where we left off last summer! 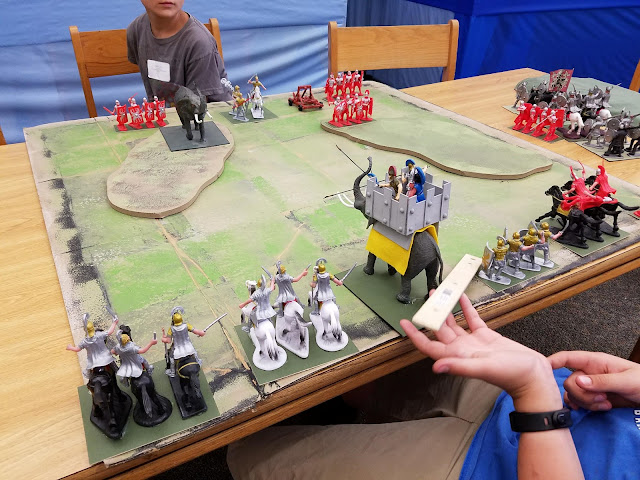 A lot of Supreme figures used in this camp.  The students will do some painting tomorrow. 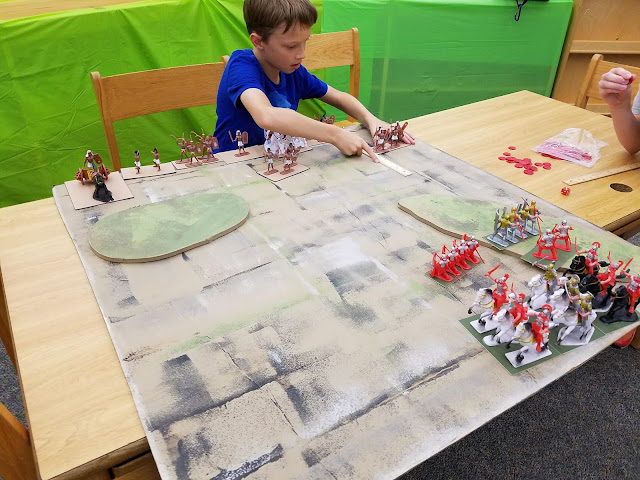 The battle mats are painted cardboard.  I use old house paint in muted colors to get the look.

So after work what is a good way to relax?

Monday Knights HotT Game.
The Humans try and stem the tide of the herd. 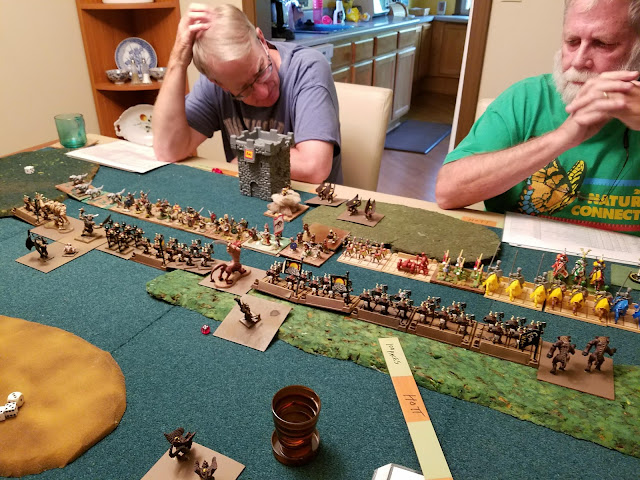 I took my beastman army out for a stampede against Mike's human host of knights and vikings. 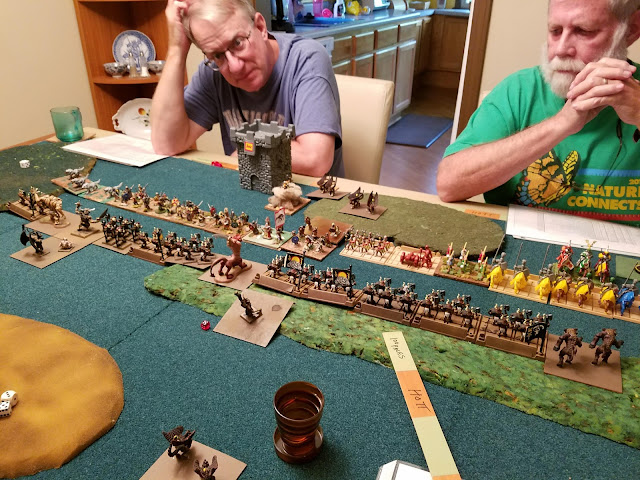 The herd did alright and we won the event.  I credit blades selection for my army units and some nice die rolling. 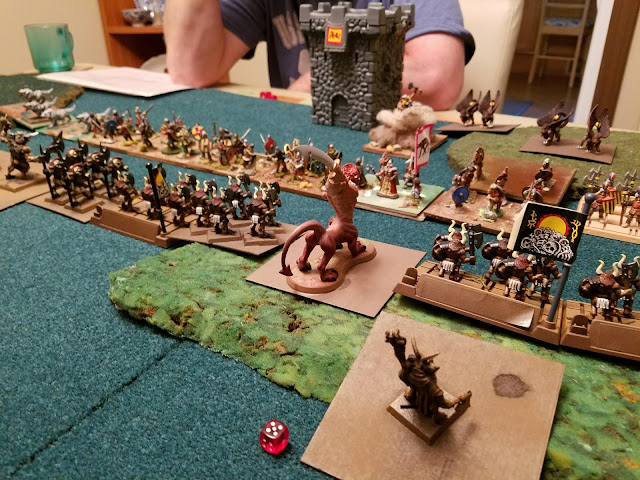 My Hero-general Centaur-minotaur ruled the hilltop.  I killed both generals from each enemy faction and just had a rousing time with the magic users and all the weird stuff that HotT lets you use. 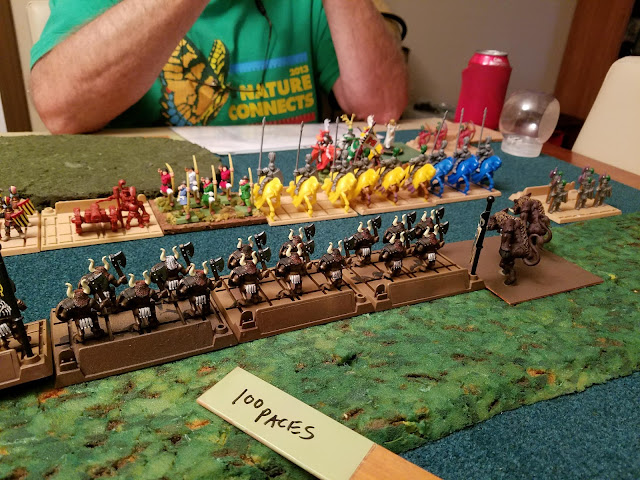 Mike's knights made some inroads on the flank but I did not wait on the hill - I swept down into the valley and made a good attack. 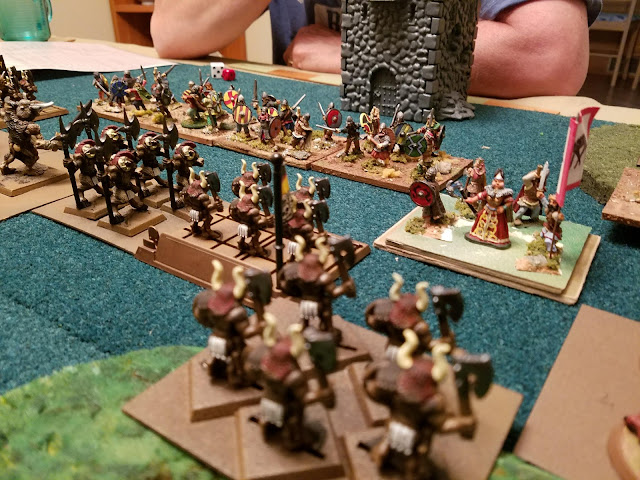 Super attractive band of viking warriors.  Steve commanded them valiantly against Chris but the herd would not yield in its' stampede. 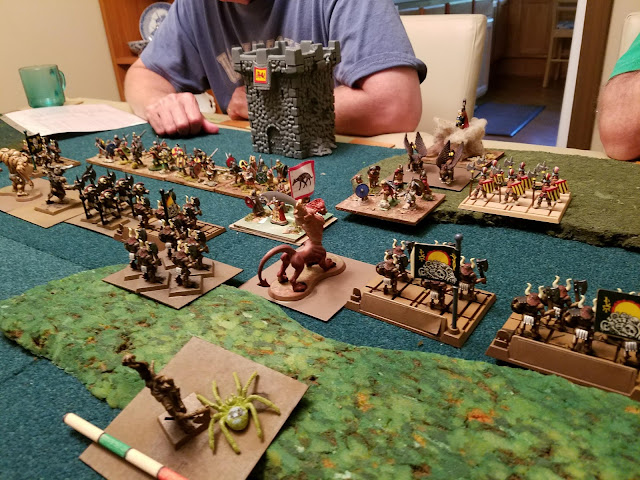 My shaman magic user got in some good hits.  Allied by my fliers they took out the visiting team cleric. 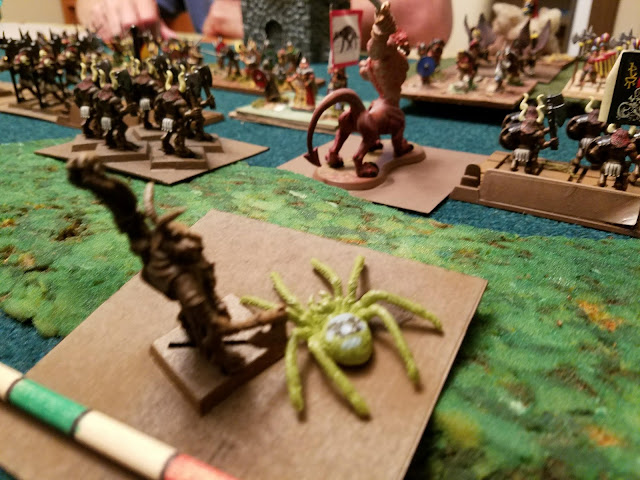 Shaman started looking a little ensourceled as I had one magic missile failure.

Thanks for looking in.  Leave a comment for encouragement.  Enjoy your dice rolling.
Posted by Gr33nw00d11 at 6:40 AM 1 comment: