The Lion's Den Wargames club has some long standing traditions and one that is really special is the morning aircraft wargame that we call Dawn Patrol.  We have for the last 21 years met on the mornign of fourth of July and played some version of aircraft game that features 1/72 scale airplane models mounted to sticks and played garden style in the early morning air of the backyard. 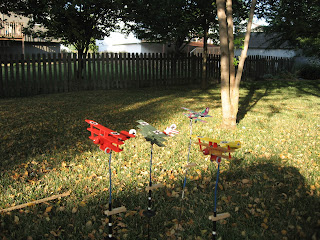 Our wargame has featured WWII, Star Wars, WWI, Modern jets etc...  This year we played our 10th anniversary edition of the rules called Boxkites.  A great WWI version of this backyard game. 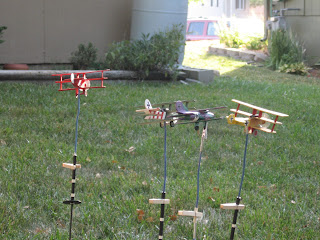 Jasta 11 forms up over the French country side.  From left to right we see Bill C., Ken V, Ted C, and Jon Mark H.  this formation would have it's day in the victories to be scored on the allies! 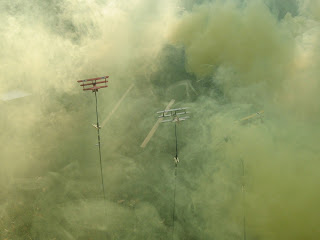 As always, fireworks and pyrotechnics abound. 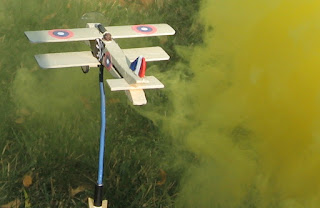 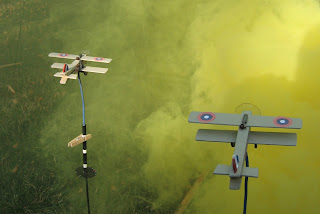 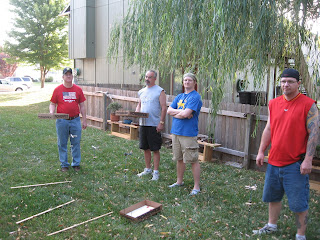 Erstwhile allies assemble on the far end of the field.
Here we see Steve G. Carl C., Terry C, and Mike C.
Airplanes in the foreground. 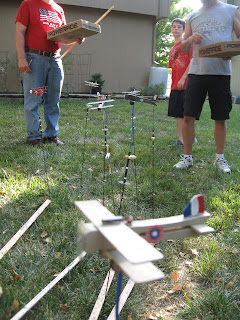 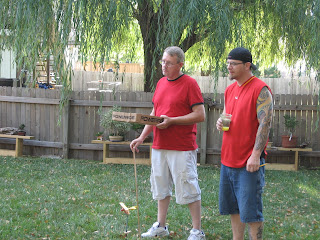 Jon Mark describes to Mike just how easily it is to be shot out of the sky. 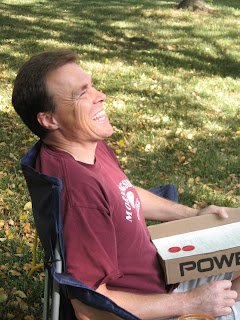 Bill laughs his time away in a French farmhouse as he was shot down behind enemy lines. 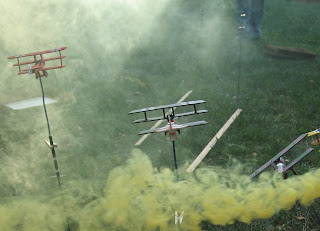 Here we are flying along with the Candied Asp MO Fokker. and the REd Baron!  Bringing up the right flank is the Shiest Weasel. 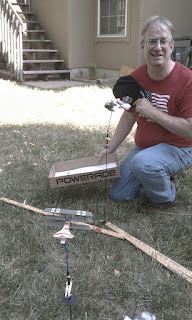 Tip of the wing to a downed foe, and a tip of the hat in return!! 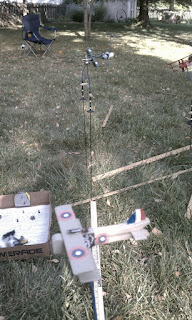 As the morning wore on German victory tallies rose and the game would go to the german pilots.
The officers mess included a great biscuits and gravy breakfast provided by Paige Van Pelt. 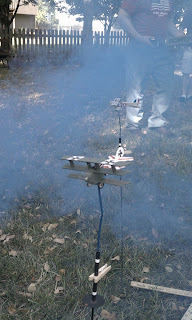 The Asp flies off to victory with 2 kills and a full plate for breakfast.