Opening night for the Kansas City Electric Football Club has begun in the Lee's Summit and Shawnee locations. 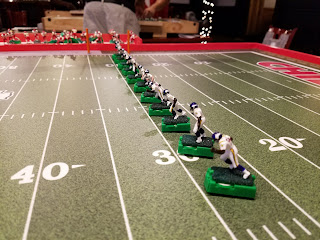 My Minnesota Vikings kick off team set up in a game against Lynn Schmidt's KC Chiefs.  We would go on to win this one 24 to 21.  Lynn missed a FG that would have tied the game. 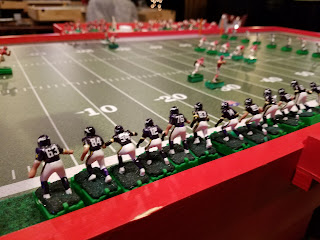 More action from the Chiefs Vikings game.  The field was built for Jesse by our commissioner Kelley Newton.  I played Jesse in our first game of the night but did not get any photographs.  Jesse is currently fielding a Sumner Sabers team but is working on a concept uniform Chiefs team. 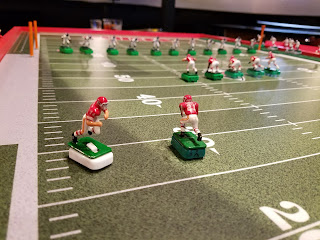 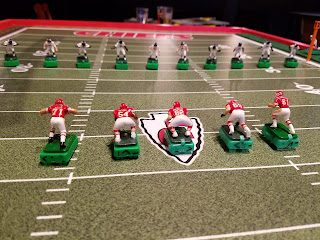 Ready for some football. 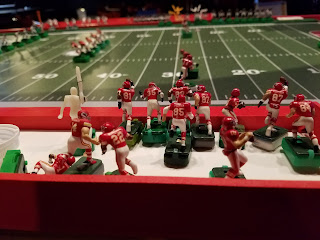 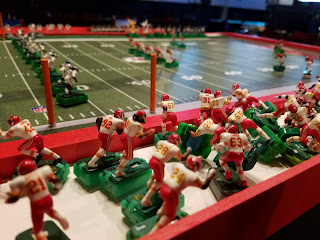 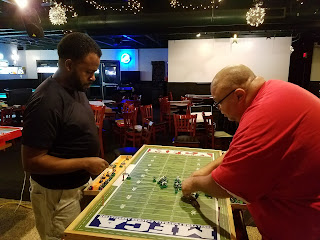 Jesse and Billy in a second game of the night. 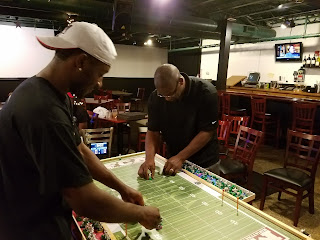 Willis and Kelley on the field. 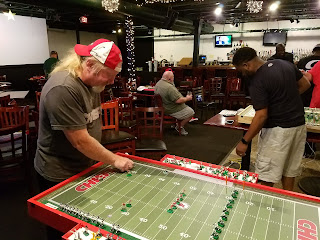 Lynn and the new Chiefs field. 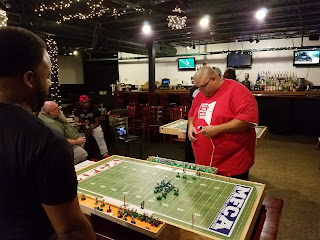 Great times and a lot of laughs for those interested look up MFCA or Miniature Football Coaches Association online and see what this hobby has to offer.